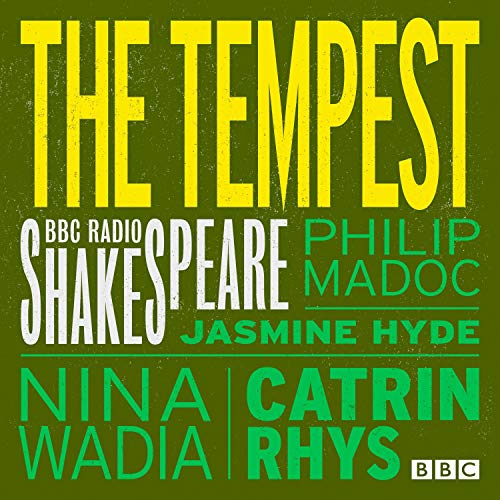 In this BBC full-cast production of The Tempest, a magical storm washes some sailors up on a peculiar island, changing the course of their lives forever....

Raging storms and rich beautiful music combine to magical effect in this production of Shakespeare's allegorical last play, where mystical forces work to restore harmony and order to an estranged community.

Staring Philip Madoc as Prospero and Nina Wadia as Ariel.

BBC radio has a unique heritage when it comes to Shakespeare. Since 1923, when the newly-formed company broadcast its first full-length play, generations of actors and producers have honed and perfected the craft of making Shakespeare to be heard.

In this acclaimed BBC Radio Shakespeare series, each play is introduced by Richard Eyre, former Director of the Royal National Theatre. Revitalised, original and comprehensive, this is Shakespeare for the modern day.

Classic hard not to love

Would you listen to BBC Radio Shakespeare again? Why?

Absolutely. I loved this play to begin with, and BBC radio just made it better. The reading is expertly done and makes the language easy to listen to.

It's one of my favorite Shakespeare plays.

Not yet, but I will

This one is great for listening to.

What did you like most about BBC Radio Shakespeare?

I love this medium, it is accessible to all but those who are deaf... I have family who are and I am so thankful that I can hear.

If you haven't seen this play, then do.