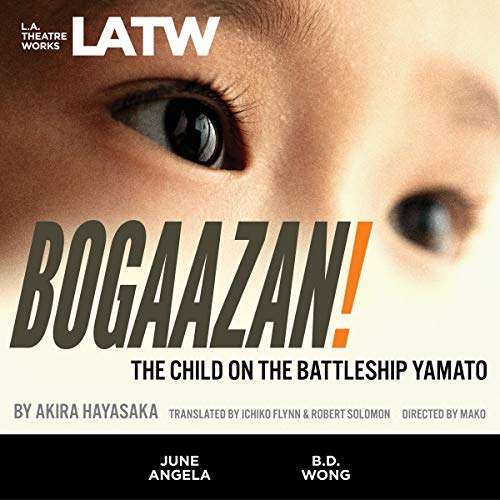 As the Japanese battleship Yamato steams toward the island of Okinawa in the closing months of World War II, a naval officer on board makes an unexpected discovery among the stores of rice, leeks, and pickled radishes. A child has stowed away there, hoping to return to her mother on Okinawa. His reluctant decision to protect her prompts a voyage of inner discovery and stirs emotions as deep as the seas that threaten to swallow his “unsinkable” ship.

Recorded live in performance at the Doubletree Guest Suites, Santa Monica, in July 1995.

What listeners say about BOGAAZAN!