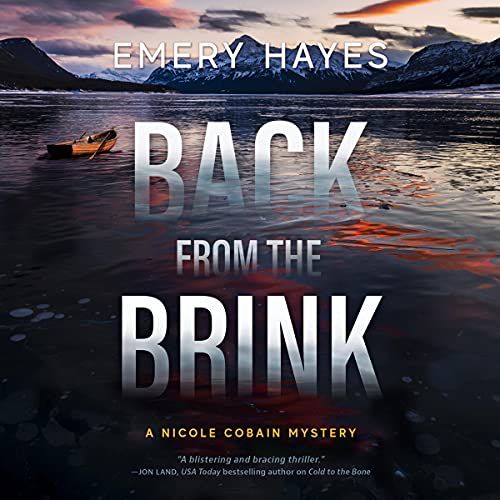 Back from the Brink

It's a glorious spring in Blue Mesa, Montana, but not all is well in paradise. The authorities have been waging war against drug traffickers who use mules to carry dope and cash across the Canadian border. And murder gets thrown into the equation when Sheriff Nicole Cobain is called to the lake to assist Border Patrol but instead finds their boat adrift and a dead man in the ice. When the police drag the lake looking for bodies, they recover a satchel containing money and drugs - a satchel marked with the Border Patrol seal.

The evidence points to corrupt elements within the Border Patrol who are involved in the drug trade. Then another murder victim turns up - the brother of Frank, a Border Patrol agent who's been trying to root out the bad agents.

Nicole suspects that the two missing agents may have been responsible for the theft of the money and drugs, but when one of them is found dead from a single gunshot wound, the trail suddenly grows cold. As the bodies pile up, Nicole begins to feel that she's the only good guy on the scene - and on the brink of a terrible discovery that could shake the community to its core.

What listeners say about Back from the Brink