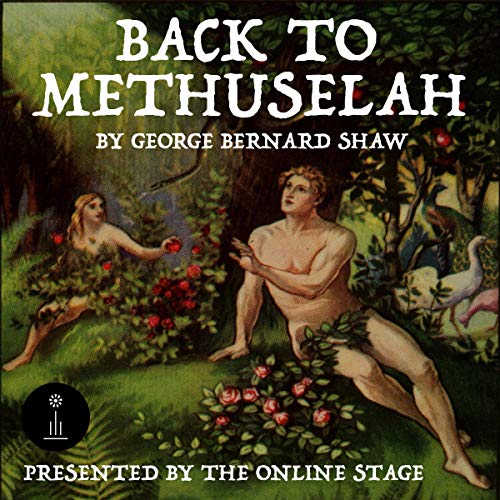 Back to Methuselah by George Bernard Shaw

George Bernard Shaw embraced the concept of what he called creative evolution, which he saw as development generated by a perception of need, rather than evolution by the operation of the blind forces of natural selection.

In 1982, after having witnessed the horrors of the First World War, Shaw started work on Back to Methuselah, a large-scale presentation of the story of human development, starting from the Garden of Eden and extended far into the future. The first performance was held in New York in 1922.

The five plays included are "In the Beginning", "The Gospel of the Brothers Barnabus", "The Thing Happens", "Tragedy of an Elderly Gentleman", and "As Far as Thought Can Reach".

What listeners say about Back to Methuselah