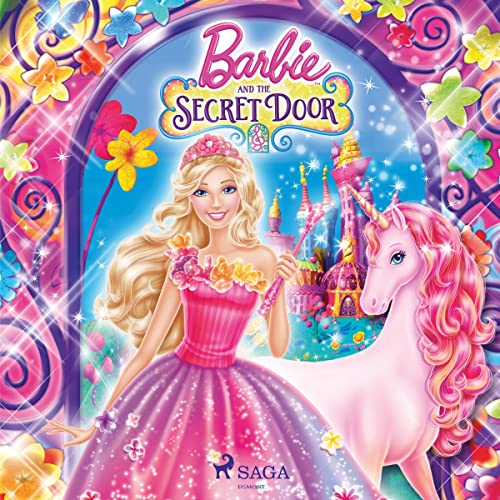 The shy but beautiful Princess Alexa is more into books than ballroom dancing. One day her grandmother gifts her a mysterious book, and a magical adventure starts to unfold in the magical realm of Zinnia, a wonderful land inhabited by fairies, mermaids, unicorns.

Join Alexa and her magical friends on their quest to defeat the mean, magic-stealing princess, Malucia and restore the peace in Zinnia.

Come on an amazing adventure with Barbie and all her friends! Solve mysteries with secret doors, sea monsters and messages in a bottle, catch the baddies as a secret agent, sing in Barbie’s rock band, celebrate Chelsea’s birthday in Dreamtopia and fly to tropical beaches and distant planets in far-away galaxies. Let’s go!

Mattel's Barbie doll is a fashion icon, world adventurer and every child’s best friend. Since the 1950’s she remains a popular toy in homes worldwide and the star of countless tv shows, movies, and books.

The popular Netflix series Barbie Dreamhouse Adventures follows Barbie, her sisters and her boyfriend Ken, as they hang out in LA and travel the world in the Barbie camper van. For younger fans, Barbie’s little sister, Chelsea, takes centre stage in Barbie Dreamtopia as the sisters meet mermaids and fairies in a magical dreamland.

In recent years, Barbie has taken YouTube by storm as a popular vlogger. She talks fashion, family, her life in Malibu but also sensitively tackles tough issues like racism, mental health and body image.

What listeners say about Barbie - The Secret Door