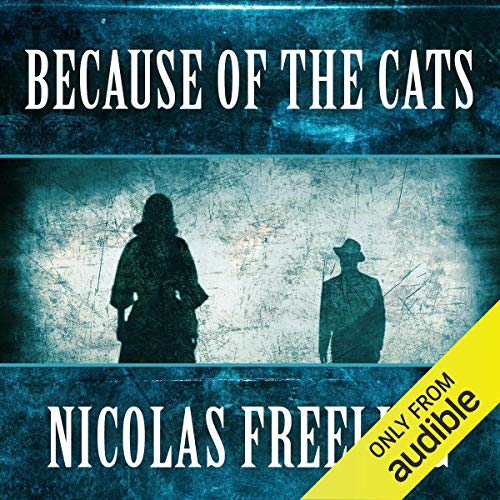 Because of the Cats: Van De Valk, Book 2

Bloemendaal aan Zee, that smugly prosperous little seaside town, has more television sets per capita than anywhere else in Holland. Even its drunks are polite, its houses uniformly tidy and sparkling clean. But there's something very wrong with the kids.

The most popular teenagers have formed a gang that is preying, with increasing viciousness, on nearby Amsterdam - Inspector Van der Valk's patch. Van der Valk has no love for chilly, yuppified Bloemendaal. But his curiosity is as voracious as his appetite for good food. And while his colleagues just want the attacks stopped, Van der Valk can't help asking what it is about the town that has turned Bloemendaal's children into monsters.

Nicolas Freeling (March 3, 1927 - July 20, 2003), was a British crime novelist, best known as the author of the van der Valk series of detective novels. Freeling’s The King of the Rainy Country received a 1967 Edgar Award, from the Mystery Writers of America, for Best Novel. He also won the Gold Dagger of the Crime Writers’ Association, and France’s Grand Prix de Littérature Policière. In 1968 his novel Love in Amsterdam was adapted as the film Amsterdam Affair directed by Gerry O’Hara and starring Wolfgang Kieling as van Der Valk.

"Freeling can only be compared to Simenon at his very best." (New York Times)
"One of the most gifted and original writers of crime fiction." (The Weekly Standard)
"Evocative and stunning." (Library Journal)

Loving the Netherlands made me finish this but this story is boring and padded. Character development is shallow also.