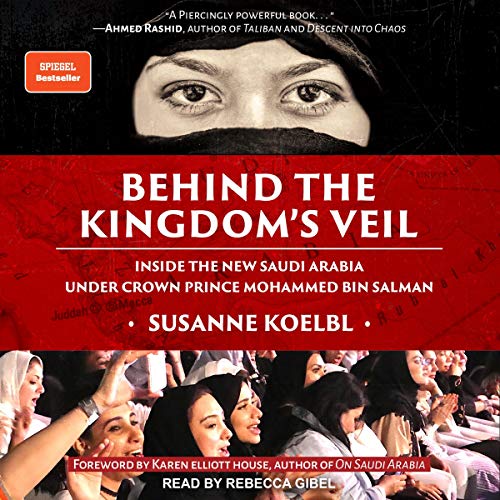 Behind the Kingdom's Veil

Take a deep dive behind the veils and walls of one of the world's most secretive countries. Learn how religious extremism and oppression of women over the past 40 years support a single goal - preserving the power of the House of Saud.

Saudi Arabia plays a key world role, yet few have firsthand knowledge of who lives, suffers, and wields power there. Now, Susanne Koelbl, award-winning military and foreign correspondent for the German news magazine Der Spiegel, unveils many secrets of this mysterious kingdom. As a journalist, for years Koelbl has traveled throughout the Middle East, and specifically Saudi Arabia, and recently lived in Riyadh during the most dramatic changes since the country's founding. She has long cultivated relationships on every level of Saudi society and is equally at ease with ultra-conservative Wahhabi preachers, oppositionists, and women from all walks of life.

Chapter-by-chapter, the black box that is Saudi Arabia opens. Become an eyewitness to the inner workings of the new as well as the traditional Saudi Arabia. Learn about the not-so-obvious facts of Saudi Arabia's history, politics, and customs. Understand the intricate and often hidden power relations within the kingdom.

What listeners say about Behind the Kingdom's Veil