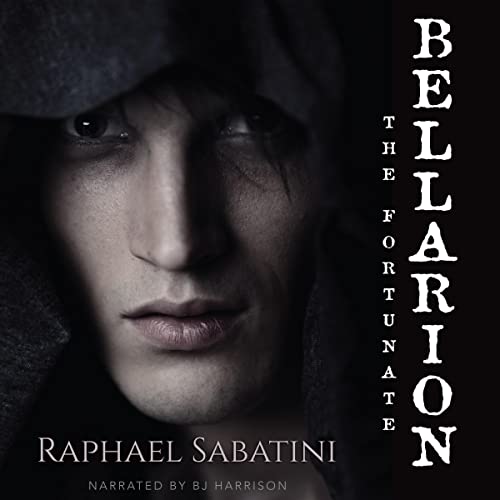 When young, penniless Bellarion finds himself thrust into a murderous intrigue, his sharp wit and scholarly background allow him to see things invisible to others.

Set in 15th century Italy, and cast with a rogues’ gallery of colorful villains, Bellarion adroitly navigates the complicated world of dukes, counts, and countesses to rise to unusual prominence and serve a purpose all his own.

What listeners say about Bellarion

Extraordinarily talented protagonist, misunderstood by the girl, conquers his enemies and eventually her heart. Same plot as the author's Captain Blood, perhaps a little less realistic, despite major roles for historical figures, but a great listen nonetheless.

The narration is excellent, and combined with Sabatini's facility with language and a twisty, battle-filled plot makes this an enjoyable 16-hour romp through 15-century Italy.

Flipping heck this is a load of old bollocks! Pretentiously written in cod-olde English with 2-dimensional characters. Couldn’t finish it Getting my credit back, which I don’t do often.