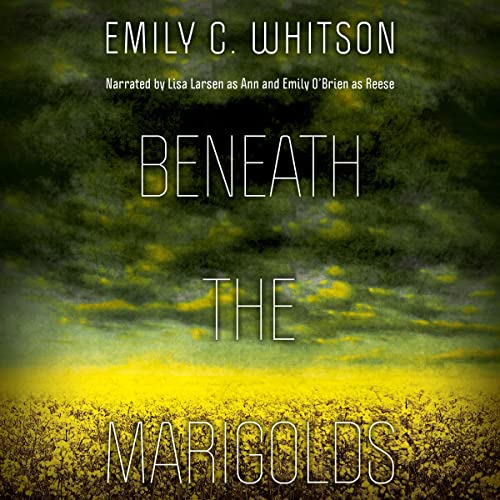 Playing on our universal fascination with reality TV, Emily Whitson’s Beneath the Marigolds is the Bachelor(ette) gone terribly wrong.

Reese Marigold saved Ann Stone from a life of addiction by introducing Ann to AA and serving as her sponsor in recovery. Despite their differences - Reese is a hopeless romantic, while Ann is a no-nonsense attorney - the women remain close 10 years later. So when Reese goes missing after attending Last Chance, an exclusive singles’ retreat off the coast of Hawaii, Ann infiltrates the retreat.

Quickly, Ann realizes there’s more to Last Chance than meets the eye. With its extravagant clothes, never-ending interviews, and bizarre dates, Ann begins to suspect the retreat is a front for a reality dating show. Could Reese be safe and sound, keeping a low profile until the premier, or did something more sinister occur? As Ann traces Reese’s last known movements, partakes in the unusual “journey,” and meets the other attendees who all have something to hide, she jeopardizes her career, her sanity, and her life to find her missing friend.

Told from the perspective of both Ann and Reese, Beneath the Marigolds is a fast-paced thriller that explores friendship, women in recovery, and the traditional marriage path idealized by today’s numerous dating and relationship reality shows.

What listeners say about Beneath the Marigolds