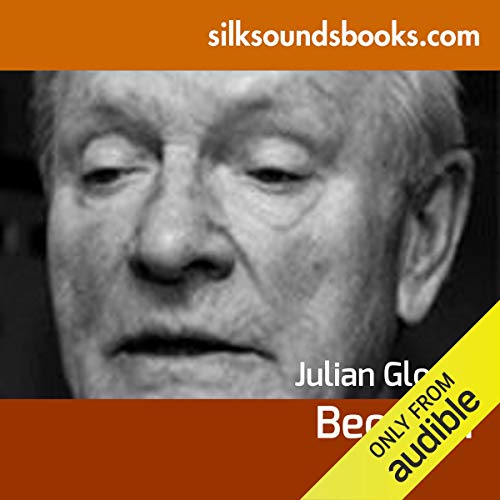 The epic story of this hero’s battle against dragons, monsters, and their mothers is particularly suited to being recorded as an audiobook given that for the first 300 years of its existence it was only ever spoken.

The first known (and indeed the only surviving manuscript) of the poem was written in AD 1,000. It survived Henry VIII’s attempts to destroy it (as a religious artifact) and a catastrophic fire that destroyed many other historical British documents - the marks of the fire are still visible on the manuscript, now safely housed in the British Museum.

But the poem and indeed its mythical original tale date back to the eighth or ninth century and before that to the mythologies of Scandaniavia. It is because this poem is in itself an adaptation of ancient sagas that we have allowed ourselves the only abridgement or adaptation on the website!

Julian Glover’s version takes the poem back to its origins as a spoken tale. He has taken the essence of the poem and, with a scholarly eye to the British Museum’s manuscript, created a truly bardic performance. Beowulf’s battles against Grendel (the monster who takes you in your sleep) and the original lethal female, his mother, who comes to avenge her son’s killing, are faithfully transformed from their singed original to a roaring reality.

What listeners say about Beowulf

Yes, it's abridged, but it's abridged intelligently and with an eye to the story and to the art of storytelling. I've only listened to it once, but it immediately became one of my two favorite versions (the other being George Guidall's reading of the Seamus Heaney translation). Julian Glover tells the story with passion and wit, dropping in a few phrases in Old English here and there, truly creating the sense of a bard reciting the story to a group of people sitting around a fire in the meadhall. The text, Glover tells us in an epilogue, is based on a Penguin edition, though he doesn't say which one; since he's been doing it onstage for years, presumably it's the prose version by David Wright from the late 50s. It's the whole story, right through the tale of the dragon and (***spoilers***) Beowulf's death. A fine piece of work, something I hope to listen to many times in the years ahead.

I now have 5 versions of Beowulf and while all have something of merit, for a streamlined version trimming out the lineage of kings and battles etc. which always stop people from enjoying it all, this is wonderful. there is a short youtube clip "Julian Glover reads Beowulf" performing the Grendel/Beowulf fight which gives a great sense of the fireside "scop" performing the tale to guests. this is his complete performance material which is awesome, with a few Old English words and phrases tossed in which give again a great sense of the alliterative nature and cadence of the original. I would listen to him do an unabridged reading of the entire work with some OE. There are some wonderful lines and phrases in this translation that I've not heard before in the other 4 i've got. I look forward to listening to all 5 together. this is a small masterpiece and a great introduction to an overlooked important work from the foundation of the english language.

I would recommend it because it says it in old English and new English.

What does Julian Glover bring to the story that you wouldn’t experience if you had only read the book?

This is a very good story and it is very interesting.

Always liked this one

This is not a word for word retelling of the Beowulf manuscript, but is probably easier to listen to for that.
If you want an introduction the classic this is a great place to start, if you are knowledgeable about Beowulf leave it alone you will only criticise it.

The performance is great and hopefully you will be left wanting more.

I have never got around to reading Beowulf, it being one of those stories that one means to read but never quite plucks up the courage to. This is a perfect story for people like me, and as well as being a brilliantly performed and beautifully written tale in its own right, serves also as a powerful introduction to Beowulf itself and to the wider world of early English literature. I think even those with a greater knowledge of Beowulf will find something to enjoy here.

Treat yourself. Buy it. The story stands for itself, but credit should be given for the vocal acting which is a great pleasure.

I loved this - I have read Beowulf a few times in different translations but have never found it any where near as exciting.

This performance is a delight. Very accessible dramatisation with emphasis on clarity whilst not leaving the rhythmic quality of the original wanting. An excellent telling.