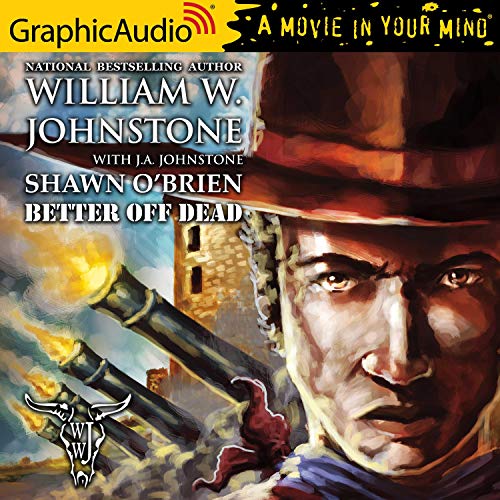 On the West Texas border, a behemoth is bellowing smoke, fire, and death. This monster is the infamous Abaddon Cannon Foundry, whose weapons of war have spread death and destruction around the world — and made a few men in Big Buck, Texas incredibly rich.

Now, a Mexican-born teenager has disappeared into this fortress factory, where men work and sweat as slaves. This boy’s sister wants to learn her brother’s fate, and she just happens to know a man named Shawn O’Brien, the town tamer.

Shawn rides to Texas to find the missing boy. What he discovers in Big Buck will spark a ferocious, bloody battle with the greatest evil the West ever known: a master of war with dreams of world domination, and who wants to wipe the town of Big Buck off the map — until Shawn O’Brien raises his six gun.

What listeners say about Better Off Dead [Dramatized Adaptation]