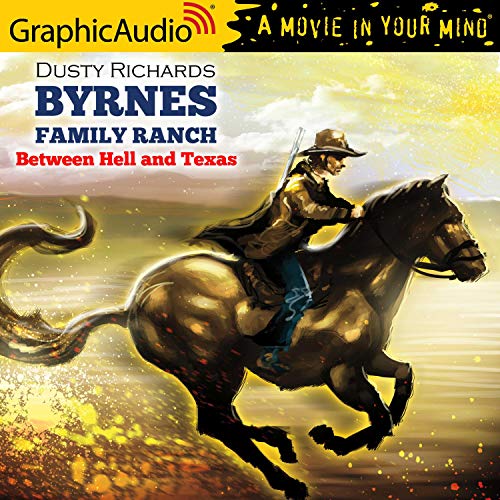 Two years later and the feud rages on between the Byrnes and Reynolds families. Four generations of the Byrnes Family had built a life in Texas, only to have it shattered. Hoping to find safe haven for his family Chet Byrnes and his nephew Heck set off to find a new ranch in the Arizona Territory. But even the promising ranch land in Arizona may hold deadly enemies old and new.

Chet must face down land dealers, government agents and crooked ranch hands to find a safe haven for his kin. And in the end, he faces the hardest choice of all, to stay with the woman he loves or lead the family to whom he has given his life.

What listeners say about Between Hell and Texas [Dramatized Adaptation]