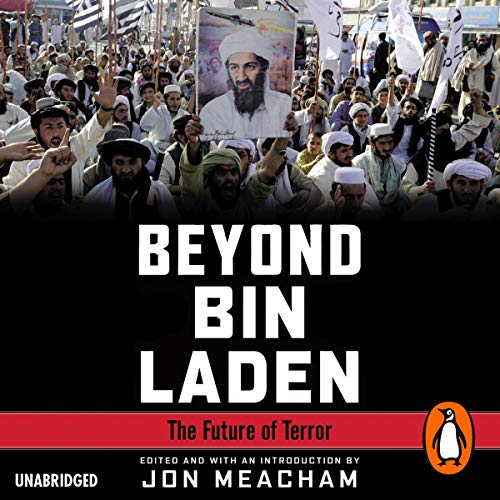 The Future of Terror
Written by: Edited and with an introduction by Jon Meacham
Narrated by: Eric Conger, Gayle Humphrey
Length: 2 hrs and 24 mins
Categories: Politics & Social Sciences, Politics

The first audiobook to explore what Osama bin Laden's death means for the war on terror, the Middle East, and the West, edited by Pulitzer Prize winning journalist Jon Meacham.

Osama bin Laden was the most wanted man in modern history and ushered in a new era of terrorism. It took a decade of blood and sacrifice, of determination and frustration, but finally, in a night-time raid at the end of a dirt road in Pakistan, the hunt for Bin Laden ended with a gunshot. It was a dramatic climax to a long and painful chapter.

But now what? The terrorist threat that has defined Western policy since the attacks of 9/11 did not die with Bin Laden in his walled compound near Islamabad.

In this provocative collection of essays, edited and introduced by Pulitzer Prize winner Jon Meacham, a group of penetrating American analysts and leaders look ahead to the world after Bin Laden - to the future of Al Qaeda, of Afghanistan, of Pakistan. They explore the political, military, and cultural implications of the post-Bin Laden war on terror. From Richard N. Haass of the Council on Foreign Relations to former Secretary of State James A. Baker III, from historian and journalist Evan Thomas to former U.S. Army officer Andrew Exum, Beyond Bin Laden gives listeners intelligent, deeply informed, and urgent glimpses of what comes next.