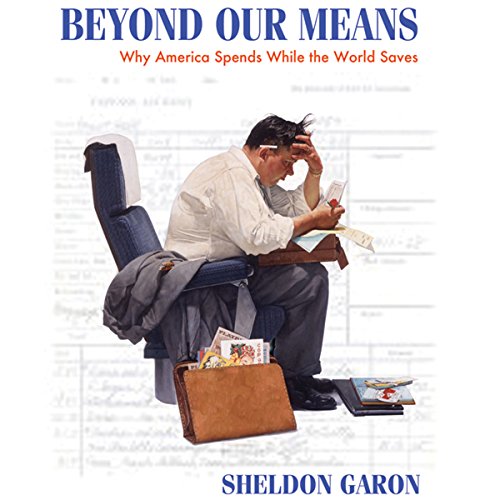 If the financial crisis has taught us anything, it is that Americans save too little, spend too much, and borrow excessively. What can we learn from East Asian and European countries that have fostered enduring cultures of thrift over the past two centuries? Beyond Our Means tells for the first time how other nations aggressively encouraged their citizens to save by means of special savings institutions and savings campaigns. The U.S. government, meanwhile, promoted mass consumption and reliance on credit, culminating in the global financial meltdown.

Many economists believe people save according to universally rational calculations, saving the most in their middle years as they plan for retirement, and saving the least in welfare states. In reality, Europeans save at high rates despite generous welfare programs and aging populations. Americans save little, despite weaker social safety nets and a younger population. Tracing the development of such behaviors across three continents from the 19th century to today, this book highlights the role of institutions and moral suasion in shaping habits of saving and spending. It shows how the encouragement of thrift was not a relic of indigenous traditions but a modern movement to confront rising consumption. Around the world, messages to save and spend wisely confronted citizens everywhere - in schools, magazines, and novels. At the same time, in America, businesses and government normalized practices of living beyond one's means.

Transnational history at its most compelling, Beyond Our Means reveals why some nations save so much and others so little.

"Garon's policy recommendations could help shift the national trend towards saving more and position Americans towards greater financial health." (Worth)
"[O]ne of the world's leading authorities on the history of saving." (Joshua Rothman, Boston Globe)
"Garon makes a powerful case that savings isn't about culture. It's policy. . . . You'll think about savings policies differently after [you] pick up a copy of Beyond Our Means." (Christopher Farrell, economics editor of Marketplace Money)

What listeners say about Beyond Our Means