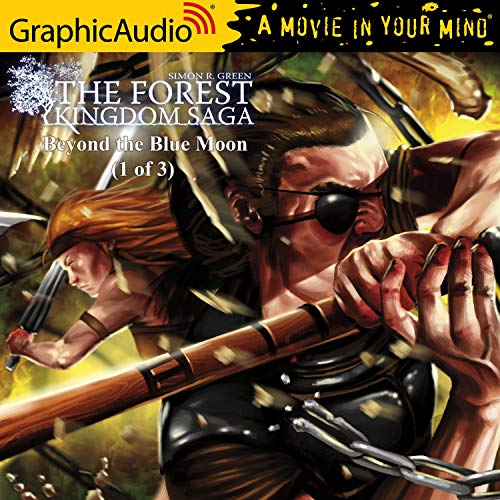 Beyond the Blue Moon (1 of 3) [Dramatized Adaptation]

The city of Haven has changed Hawk and Fisher from what they once were...but what, or who, were they? Discontent and a political assassination draw them to the Forest Kingdom. King Harald is dead and the kingdom is in turmoil. The King's Questor seeks out Hawk and Fisher to find the killer break some spells and help restore a kind of peace.