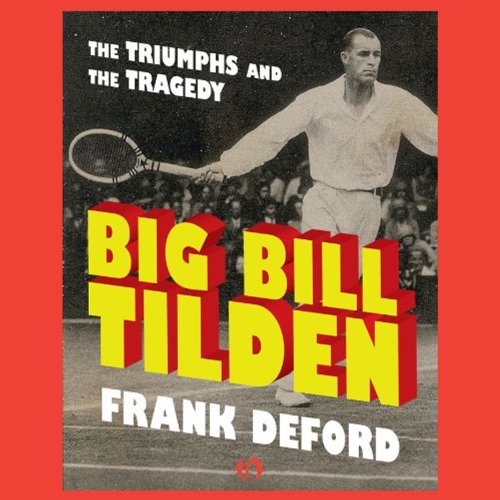 The classic biography of America’s first tennis star. When he stepped onto the Wimbledon grass in 1920, Bill Tilden was poised to become the world’s greatest tennis star. Throughout the 1920's he dominated the sport, winning championship after championship with his trademark grace, power, and intelligence. He owned the game more completely than Babe Ruth ruled baseball, making his name, for more than a decade, synonymous with tennis. Phenomenally intelligent - he completed his first book on tennis in the three weeks before his first Wimbledon triumph - Tilden’s success came with a dark side. This classic biography, by legendary sports writer Frank Deford, tells of Tilden’s dominance, which was unlike anything the sport had ever seen - and the big man’s tragic fall.