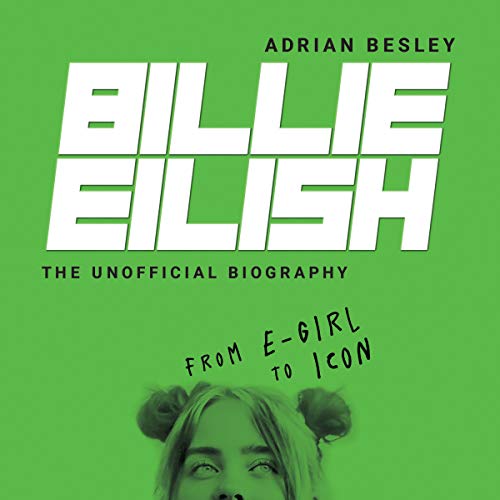 With a number-one album in multiple countries and more than 53 million Instagram followers, Billie Eilish is a global star. She has collaborated with Justin Bieber and Khalid, headlined at Glastonbury and Coachella, and has appeared in Calvin Klein ad campaigns. In a short career, she has become an icon to Generation Z. Billie grew up in a close-knit family - her brother, Finneas, still writes and produces her songs - in Highland Park, a suburb of LA. Home-schooled and encouraged to express herself, she was a promising dancer until musical success came literally overnight in 2015. "Ocean Eyes", a song uploaded to SoundCloud for her dance tutor, received a thousand plays in 24 hours. The 13-year-old's ethereal singing voice was intoxicating, and the track went viral.

But she was no one-hit-wonder; over the next year, Billie and Finneas produced a series of eclectic but equally bewitching tracks, such as "Bellyache", "Idontwannabeyouanymore", and "My Boy", resulting in the Don't Smile at Me EP, which broke the top 20 in more than a dozen countries. Her new fans discovered an artist who, undaunted and even emboldened by her youth, had something to say about independence, veganism, mental health, body image, love, and the maelstrom of teenage life.

This audiobook follows her journey from singing in her bedroom to performing at massive arenas around the globe. It reveals the story behind the hits and explores what makes Billie Eilish the most extraordinary teenage star in the world.

What listeners say about Billie Eilish