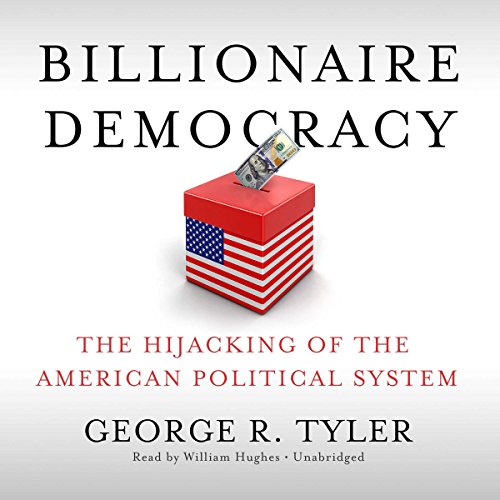 This isn't your America. No matter who the president is.

We are told that, when we vote and elect representatives, we gain a voice in government and its policies. Yet, it hasn't translated our preferences into higher living standards for the majority of us.

In America, the wealthy few have built a system that works in their favor, while maintaining the illusion of democracy. American voters have little influence on policies engineered by lawmakers. Political scientists call it the "income bias", causing lawmakers to compete to satisfy preferences of donors from the top one percent instead of the middle class. It is why our economy has been misfiring for most Americans for a generation, wages stagnating and opportunity dwindling.

Economist George R. Tyler lays out the fundamental problems plaguing our democracy. He explains how our democratic system has eroded the middle class and provides a comparison to peer democracies abroad. He shows where we fall short and how other rich democracies avoid the income bias pitfall. He also outlines reforms to improve our government's responsiveness.

It's time for the people of this nation to demand a government that properly serves us, the American people.