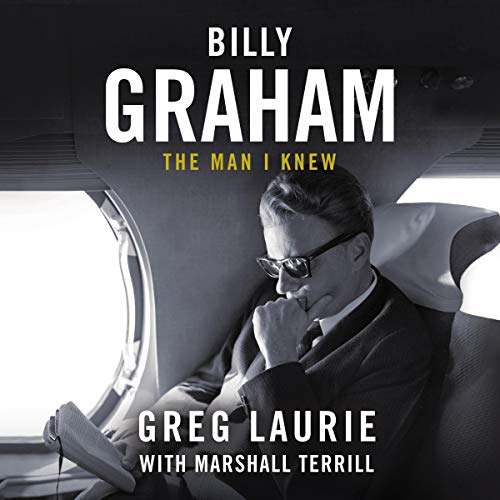 Billy Graham Was the World’s Best-Known Evangelist - Loved and Admired by Millions. But Very Few Knew Him Personally.

Pastor and bestselling author Greg Laurie was one of those fortunate few, blessed with an insider’s view of Billy Graham’s world for more than two decades.

As a strapping North Carolina farm boy, Graham surrendered his life to Jesus at a camp meeting led by a blustery itinerant preacher, but he never lost the mischievous twinkle in his eye or his fun-loving air.

Laurie sheds light on Graham’s lesser-known struggles - such as a broken heart before he met the love of his life and a crisis of faith from which he emerged stronger than ever. From the evangelist’s private challenges and public successes to his disappointments and joys, Billy Graham: The Man I Knew provides a vivid portrait of one of history’s most remarkable Christian lives.

What listeners say about Billy Graham

The lay out, the information,and the performance made this a book that I couldn't put down. I came away from this with a very humble heart and a deeper love to serve with our King Jesus. I only knew of Billy Graham by name, now I felt like I unerstand hI'm more, and how he walked a exlempentry life that shows us today how to walk. Thank you Greg Laurie for writing a book we so much need for today.

Easy to listen to went by to quickly I really enjoyed it.
Pastor Greg thank you for writing it.