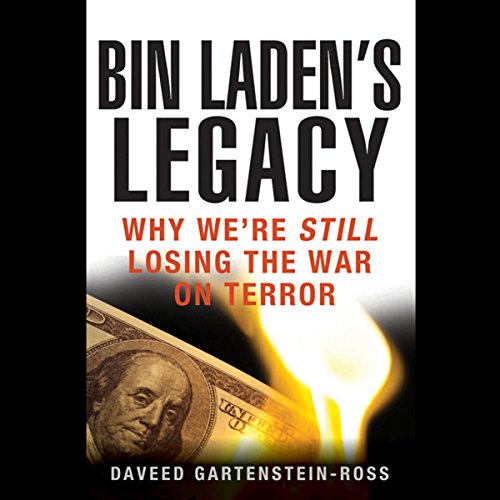 Why al Qaeda is winning its war against the West - and America has been playing right into its hands.

In the decade since 9/11, the United States has grown weaker: It has been bogged down by costly wars in Iraq and Afghanistan. It has spent billions of dollars on security to protect air travel and other transport, as well as the homeland more generally. Much of this money has been channeled into efforts that are inefficient by design and highly bureaucratic, a lack of coordination between and among the government, and an array of contractors making it difficult to evaluate the return on the enormous investment that we have made in national security. Meanwhile, public morale has been sapped by measures ranging from color-coded terror alerts to full-body hand searches.

Now counterterrorism expert Daveed Gartenstein-Ross details the strategic missteps the U.S. has made in the fight against al Qaeda, a group that U.S. planners never really took the time to understand. For this reason, America's responses to the terrorist threat have often unwittingly helped al Qaeda achieve its goals. Gartenstein-Ross's book explains what the country must do now to stem the bleeding.

Clearly written and powerfully argued by a prominent counterterrorism expert, this book is essential reading for anyone who wants to understand what al Qaeda is really after and how the United States can thwart its goals - or help unwittingly to achieve them.