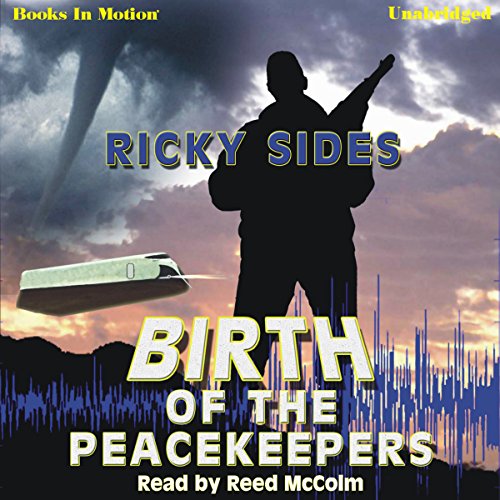 Birth of the Peacekeepers

Centered around a series of natural disasters of biblical proportions that are occurring on a global scale, tens of millions have died as a result of the earthquakes, floods, hurricanes, gigantic super cell thunderstorms and tornados that are ravaging the earth.

A rogue nation decides to take advantage of the chaos at this time to attack America with nuclear weapons. The American intelligence network learns of the plan and the government decides to launch a first strike at this rogue nation. This information leaks out to other nations and soon the world is poised on the brink of all out nuclear conflagration as the nuclear nations choose sides in the coming conflict.

As the militaries of the world go underground in preparation for the attack, most of the world is blissfully ignorant of what is about to happen. There are a few exceptions to this. The civilians that are aware make plans to try to survive the attack as well. As the moment for the attack draws near, the disaster plagued planet is beset by earthquakes of unprecedented intensity and numbers. Oddly the epicenters seem to be located at every major military installation around the world. (It is implied and hinted at that divine intervention has saved mankind from nuclear war, though it is never stated outright.)

When the survivors of the earthquakes look around them the next morning they see a world drastically changed. A few men and women struggle to cope with the devastation as best they can but many turn to marauding as a means of survival. Preying on any people they encounter they slaughter any that oppose them as they take anything they want. A few of the survivors band together to protect those weaker than themselves.

What listeners say about Birth of the Peacekeepers

The narrator is not reading the same Text,he will add or remove words. This makes hard to follow along or to read along. It makes one ask what book are they reading. Audio stops often and has to restarted, Skippy some words ending pages or at the end of chapters. Still all in all I love it and will still use it for the books I love and can.

What was one of the most memorable moments of Birth of the Peacekeepers?

Have not fully read this book only half way gritty

Would you be willing to try another one of Reed McColm’s performances?

Once he reads the same Text I am reading yes

Did Birth of the Peacekeepers inspire you to do anything?

Look for books on TEOTWAWKI books with out BS werewolves and vampires, zombies. The last residents of our Earth can be enough. Starved, shaken, beaten, bloody and Fighting Mad can be more terrifying than any b.s. supranational scrub.

Story had holes from the beginning. We are never told why these disasters are happening, merely pick up in the middle. Characters were plastic and unbelievable. Hard to care what happens to them because the author doesn't make us invest in them as people.

In some parts it seems the author left a hole then tried to fill it farther along, almost like stream of consciousness writing. Example: They park their vehicles OUTSIDE their shelter the night an atomic war was to start. Ummm, EMP anyone? Not to mention fuel seems easy to get even while the country is nearly devastated. We know one good hurricane and gas prices spike overnight.