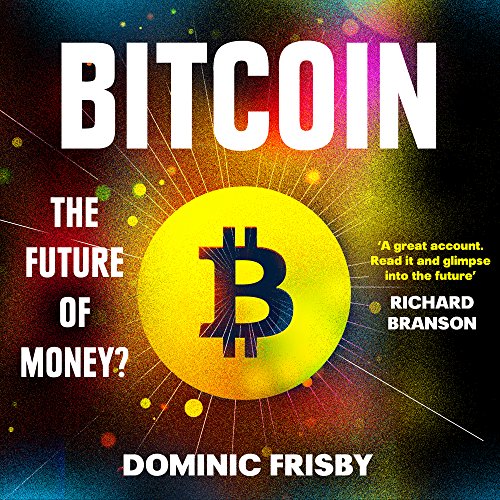 In 2008, while the world was busy panicking about the global financial crisis, a computer programmer going by the name of Satoshi Nakamoto posted a message on an out-of-the-way mailing list. 'I've been working on a new electronic cash system,' he said. Nobody seemed to care. ‘It might make sense to get some just in case it catches on,’ he suggested.

How right he was. What he had programmed would become the world’s most famous alternative currency – Bitcoin. It would catch the zeitgeist in a way only two people foresaw. A cult of devotees was inspired – economists, anarchists, speculators, computer coders, libertarians, criminals, entrepreneurs. Early adopters would become multi-millionaires.

Now the suggestion is that Bitcoin will do to banking and finance what email did to the postal service and what the internet did to publishing: destroy old monopolies, creating new opportunities for the masses. Some even suggest that the technology behind Bitcoin – known as the block chain – will reform our Western systems of democracy, giving us the revolution so many are clamouring for.

In this gripping book, Dominic Frisby tells the amazing story of Bitcoin. He solves the mystery surrounding the identity of Bitcoin’s secretive creator. He shows how Bitcoin is going to change the world. And, perhaps most of all, he does something nobody else has hitherto been able to do: he explains in layman’s language how the bally thing works.

"Bitcoin is one of the most important innovations of our time – it will transform the way we do business. Dominic Frisby has written a great account. Read it and glimpse into the future" (Sir Richard Branson)
"The book’s outstanding, but the story it tells is even better." (Matt Ridley, The Times)
"In this highly readable yet technically accomplished book, Dominic Frisby makes crypto currencies crystal clear. Read it, or fail to understand possibly the most important financial innovation of our time." (Liam Halligan, Sunday Telegraph)
"Despite having an MSc in Computer Science and spending over ten years studying monetary theory, I ignored Bitcoin as hype for too long. You shouldn’t. Read Dominic’s thrilling book and discover the next big thing." (Steve Baker, MP)

Thank you for this book. It is life changing! The book is very clear and succinct.

Bitcoin, its history, and the history of money, and economics to an extent, explained in layman terms to position any investor with a sound foundation into Bitcoin, what it is, and what it could become if the trust against traditional institutions continue to erode like they have, and if bankers continue to move away from real money (gold and silver as defined in the very US Constitution) they way they currently do.
Bitcoin was established in the last financial crash, and it proves to be an alternative for the people who have time and time again been lied to, and have placed their trust and hopes in people, who have taken advantage of that trust and power. It is now time for people to have control over their assets once again, and making a lasting impact that cannot be taken away by any government, person or institution.

I really enjoyed the stories. it's also very good to listen to the teller. Very recommended

Well researched and explained you will not be disappointed, objective accomplished . A meaningful overview. Russell

Easy to understand, yet technically spot on

very.good explanation of everything you need to consider about bitcoin. Easy for the non technical. But as a programmer it was still all I needed to understand the issues.

More speaking tour than a book

disappointed. not enough depth around the impact of the tech. would have been better as an 1 hr presentation than an entire book.

3 of 4 people found this review helpful

Fascinating, Well presented, It's such an in-depth subject and I will have play it again

This book is an excellent comprehensive look at Bitcoin, its origins and its future, for the raw novice and expert alike.

Not only is this an analysis of how great an impact the dawning of cryptocurrency has and will have on the world, it also reads like a truly gripping mystery/detective novel too when looking at the deeply mysterious and elusive Satoshi Nakamoto, the creator of Bitcoin.

Just like Dominic Frisby's other books ("Life After The State" and "Daylight Robbery") the author has a special gift of taking seemingly niche subjects that may only sound appealing to a certain demographic, and writing about them in a way that makes them fascinating and enthralling to a much wider scope. Indeed, his talent lies in his ability to communicate in simple , relatable terms so that the reader can understand and comprehend a subject they may have known nothing about previously.

This book looks at the past, present and future of cryptocurrencies in a highly informative, sometimes witty, always fascinating way. Even if you have little interest in Bitcoin but are partial to true tales of mystery, unusual characters, the exploits of the FBI's most wanted and so much more, then this is still a book well worth your time. Highly recommended.

Great story with a good narrator. Brilliant research by the author on many areas- a lot of work obviously went into this book. Highly recommended if you want to know about bitcoins past, present and potential future.

What a Bloody book.

I have never expectes such a great listening. This book gave me much better picture to where we realy are in terms of Digital Currency. I will be using many words from this book on my Crypto presentations. SN realy rocked that money boat. Thank You for Bitcoin.

WHAT AN INCREDIBLE BOOK

This is an incredible review of how blockchain technology and cryptocurrencies came about. I literally knew nothing about this subject 7 days ago and now feel well informed in it's history and it's potential to revolutionise our society in so many ways. Thank you Dominic Frisby and thanks especially to SATOSHI NAKAMOTO

What does Dominic Frisby bring to the story that you wouldn’t experience if you had only read the book?

Dominic covers off all the basics and plenty more. Definitely an informative book that will bring you up to speed on Bitcoin and other crypto currencies.

Brilliant eye opening not the same after reading this book. Serious easy to listen

Great insight into the cryptpcurrecy world

Captivating, extensively detailed and we'll written. Honestly hoping for a second edition to released at a later date.

Dominic Frisby's investigation and reporting of this topic was brilliant.
You only need to read one book on this topic - this one.
Well done.