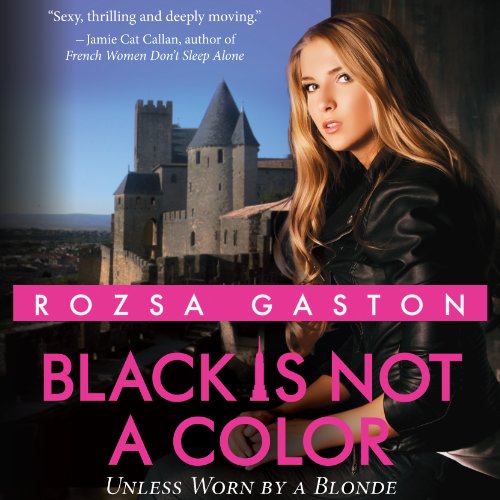 Black Is Not a Color

When Ava Fodor returns to New York from Paris, she leaves behind her budding romance with Pierre and turns her attention to another man: Zsolt Fodor, her father. He's a penniless Hungarian poet transplanted to New York in the wake of the failed 1956 Hungarian uprising. Raised by her New England grandparents, Ava barely knows him. Dramatic, effusive, emotional, he's everything her grandmother warned her against. Yet his crazy conversation fascinates her. His chicken paprikash isn't bad either.

Pierre's pull draws Ava back to France, to the medieval walled city of Carcassonne. There, his tender care of his ailing mother awakens Ava to something lacking in herself. Unless she finds it, she can't give him her heart.

When her father has a heart attack, Ava is thrust into a caregiver role, looking after a man who never looked after her. She's terrible at it. So was her father, so he forgives her. But can she forgive him? Until she learns to love the man she has every reason to abandon in his hour of need, she can't move on. Only her father can show her the way. But will she let him? And if she can, will it be too late for Pierre and her?

Black Is Not a Color is Part II of The Ava Series, Ava Fodor's journey of self discovery, begun in Paris Adieu.

Engaging story of a young women shaping herself toward adulthood coming to terms with the best and worst traits of her European immigrant father and New England mother. The main character Ava is truly the new archetype for women coming to adulthood in the 1980’s in which both a dedicated career path and also traditional homemaker skills are expected. The Protagonist also was able to weave Europeanesk traits, from her father and travels without rejecting her New England Puritan values embedded into her person during her childhood. The story was told in the first person where the protagonist kept the reader entertained with witty and insightful remarks regarding her circumstances involving, friendship, family, culture, romance and New York and Parisian culture. I completed in less than two days and it did keep my full engaged during the listen.