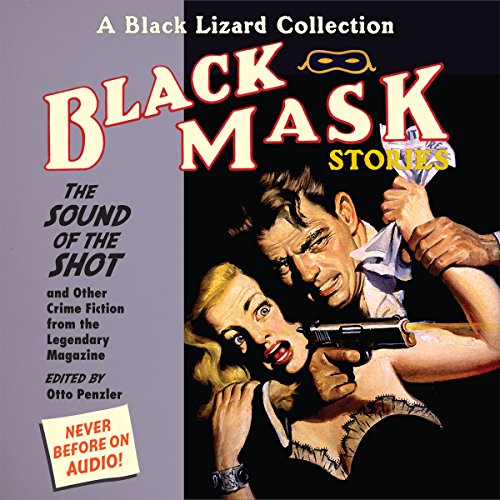 From its launch in 1920 until its demise in 1951, the magazine Black Mask published pulp crime fiction. The first hard-boiled detective stories appeared on its pages. Dashiell Hammett, Raymond Chandler, Erle Stanley Gardner, and John D. MacDonald all got their start in Black Mask. The urban crime stories that appeared in Black Mask helped to shape American culture. Modern computer games, films, and television are rooted in the fiction popularized by what Booklist called “the seminal and venerated mystery pulp magazine."

Otto Penzler selected and wrote introductions to the best of the best, the darkest of these dark, vintage stories for the collection The Black Lizard Big Book of Black Mask Stories. Now that collection is available on audio.

“There is gold in every set. . . . Hitting like a Tommy gun blast, these pulse-pounding collections will leave mystery hounds panting for the next installment.” ( Library Journal)
“Black Mask lives. . . . Read by top-notch performers.” ( BookPage)

What listeners say about Black Mask 8: The Sound of the Shot - and Other Crime Fiction from the Legendary Magazine