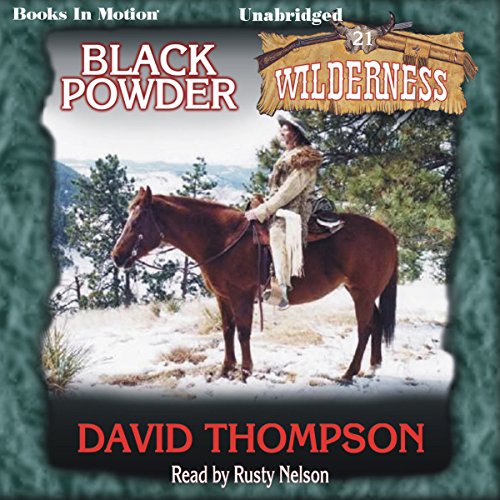 Though living on the frontier was deadly, the reward for the hardy souls brave enough to take the risk was unlimited freedom—freedom that murderous renegades would steal for a few pieces of gold. When mountain man Nathaniel King and his family were threatened by a band of slavers, they faced enemies like none they'd ever battled.

First off, before listening to this book it is best to hear the previous books in this series.

Black Powder is a continuation of Nate King's adventures in the Wilderness in the early 1800's. The narrator does an awesome job as always in telling the story.