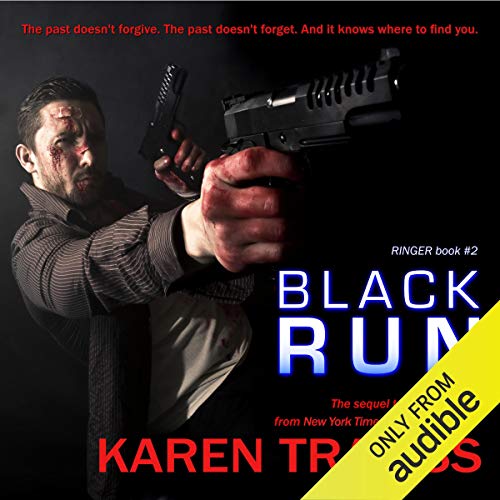 Rob Rennie's life hasn't gotten any quieter since he left the Royal Marines and teamed up with an American vet, Mike Brayne. Mike - eccentric, idealistic, and enormously wealthy - can't resist righting wrongs. He's rescued a genetically engineered teenager on the run from an experimental defense program and brought down the head of the biotech corporation hunting the boy, and now he's waiting for the company to make another move, if it dares. He'll kill to protect the kid if need be.

But Rob lives by the maxim that there's no such thing as over. And something's certainly not over for him. An unknown, unseen enemy is stalking him, with tragic consequences for his son and ex-wife. As Rob and Mike close ranks to protect their families, they find themselves up against industrial espionage, two warring scientists, and a blood feud that won't end until somebody pays with their life.

The buried past has been biding its time to explode beneath them. Now, their best hope of putting it to rest forever could lie in the unique genetic skills of a runaway teenager.

What listeners say about Black Run

Black Run will have you on the edge of your seat!

Karen knocked another one out of the park. I was skeptical about Steve Pacey replacing Euan Morton, but he brought the British characters to life. cannot wait for book 3.

Is anyone really who they say they are...

A very strong read flirting with the grey area of what science fiction tends to always begin as before a scientist makes it reality.

I am unsure wether we have heard the last of Rob and Mike ...they did leave some hints...but I am happy with how things went here the author didn't drag their feet.

It certainly made it hard for me to hit the pause button when my commute was over.

Great characters with a dash of humor

This series started slow for me, but I am glad I stuck with it. Not crazy about the narration, but warmed up to it after a while. Really like the characters, the story and the sense of humor sprinkled throughout. Wish the third in the series was already out

Good follow up to the first, and in the same style

The story really was good. But I have been waiting for a super hero. But got corporate secrets instead. Still waiting on the super worrier story.

I have always enjoyed Karen Traviss books, this series is excellent, exciting, worth while. I have listened to her series multiple times over and over again. You won't be disappointed.

I have really enjoyed Going Gray and Black Run, Although I was disappointed that they replace the narrator's. The biggest problem I have is the mis use of certain phrases time and time again throughout the books. One of the words that is most over used is the word buddies. It's almost annoying to the point of distraction that everybody who is a friend or relative or acquaintance called a buddy. The 2nd phrase is and the penny dropped. It's OK to use once or twice but not consistently throughout the books

Unfortunately this sequel does not have the novelty or excitement of the first book. The genre has so much potential, but it was wasted here. The entire story was almost boring. The ending could easily have been a cliffhanger, but the author chose to make everything safe and tidy. That makes no sense at all for an action sci-fi story. Very disappointing.

I loved the first book. I enjoyed this one too, but missed Euan Morton reading it, as it took a while to get used to the new character voicings. The story is excellent though, now got to wait for book 3 (?)

I hope there will be. Brilliant listen. Loved the characters, story, narration by Steven Pacey.

This is a very good follow up with an intricate cast of characters and a rich weaving story line. Highly recommended.