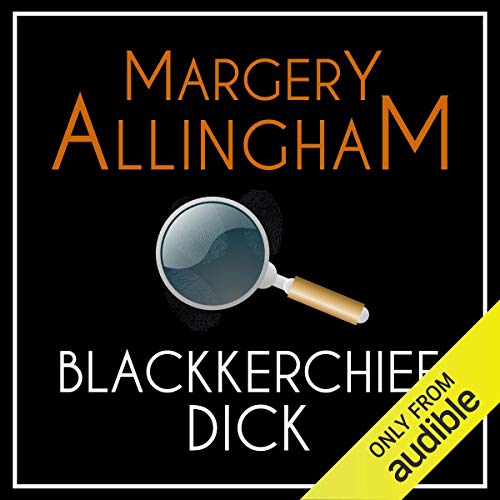 A historical novel about smugglers set on Mersea Island in the 17th century inspired by a series of seances held by the Allingham family while on holiday on Mersea.

Margery Allingham was born in Ealing, London, in 1904, to a family immersed in literature. Her first novel, Blackkerchief Dick, was published in 1923, when she was 19. Her first work of detective fiction was a serialized story published by the Daily Express in 1927. Entitled The White Cottage Mystery, it contained atypical themes for a woman writer of the era. Her breakthrough occurred in 1929 with the publication of The Crime at Black Dudley. This introduced Albert Campion, albeit originally as a minor character. He returned in Mystery Mile, thanks in part to pressure from her American publishers, much taken with the character. Campion proved so successful that Allingham made him the centrepiece of another 17 novels and over 20 short stories, continuing into the 1960s.

What listeners say about Blackkerchief Dick

Not an Albert Campion Mystery

What disappointed you about Blackkerchief Dick?

Not an Albert Campion novel!

This isn’t one of Allingham’s Campion mysteries. Not at all what I was expecting, and not interesting on its own.

What would have made Blackkerchief Dick better?

I have listened to 20 plus stories by Margery Allingham and this was by far the very worst. In fact, I didn't finish it. The story may well have been dreadful, but the narration was so bad, the accents so dreadful that I was struggling to know what on earth he was saying and gave up very early on. I don't know if Philip Franks, who narrated all the other Albert Campion mysteries would have been any better, but he could be no worse!

I am not giving up on Margery, but not too sure I could stomach another one narrated by William Gaminara.

I was very disappointed indeed.