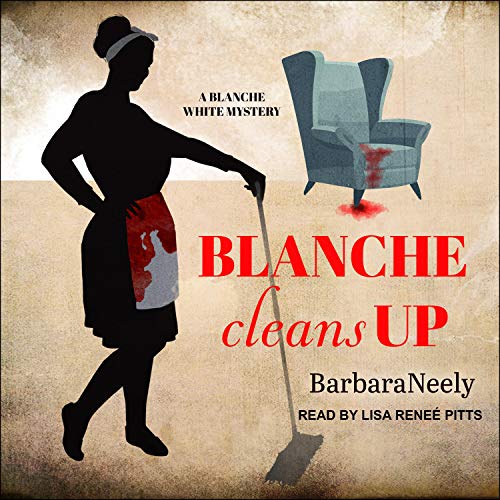 Blanche White is working as a temporary cook and housekeeper for a right-wing Massachusetts gubernatorial candidate, Alistair Brindle, when someone tries to blackmail him. It's an ugly mess that Brindle's political team is eager to sweep under the carpet and that Blanche can't resist cleaning up herself...especially after a young black man is killed who knew too much about Brindle's dirty laundry. Her investigation raises dark secrets involving sex, environmental contamination, and political corruption, difficult stains on the white, conservative Brindle family that someone is trying to remove with murder.

What listeners say about Blanche Cleans Up

Very different from the first two...

The characters, especially Blanche and her family, are well-developed. They continue to pull me in. However, I hate it when a good series decides it has to do a "dark" episode. To each their own, but I have no desire to read or listen to detailed descriptions of the sexual abuse of children or animals.

I love that the mystery has all these twists and turns. While all of the messy business of living continues to go on.

i really wanted to love this book, the narrator was great!! the story sucked! i just wasted a good credit and hours i can't get back!