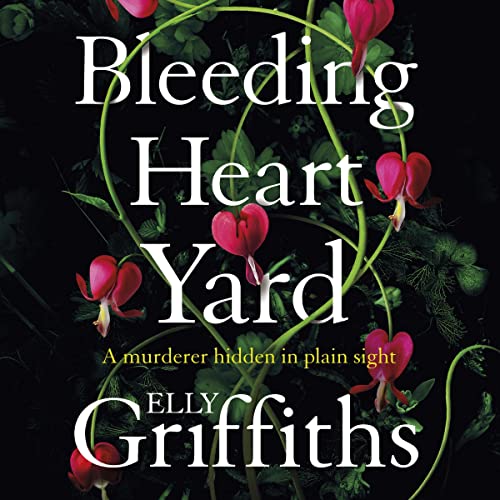 A propulsive new thriller set in London featuring Detective Harbinder Kaur from the author of the No 1 bestselling Dr Ruth Galloway Mysteries. A murderer hides in plain sight—in the police.

DS Caitlin Fitzgerald has a secret—but it's one she's deleted from her memory. In the 1990s when she was at school, she and her friends killed a fellow pupil. Thirty years later, Caitlin is happily married and loves her job as a police officer.

One day her husband persuades her to go to a school reunion and another ex-pupil, Garfield Rice, is found dead, supposedly from a drug overdose. As Garfield was an eminent Labour MP and the investigation is high profile, it's headed by Caitlin's new boss, DI Harbinder Kaur. The trouble is, Caitlin can't shake the feeling that one of her old friends has killed again.

Is Caitlin right, or was Garfield murdered by one of his political cronies? It's in Caitlin's interest to skew the investigation so that it looks like the latter and she seems to be succeeding.

Until someone else is killed....

Wow... what a fabulous treat this was, not least because it was not billed as third in the series of the Harbinder Kaur Mysteries so it came as a wonderful surprise ... plus it made a spectacular hat trick of three suburb murder whodunnit thrillers in a row.

I really loved "The Stranger Diaries" and "The Postscript Murders" and hard to pick a favourite from all three as they are all so very different but equally addictive and satisfying due to their beautifully crafted and intricate plots with twists, turns and red herrings a plenty, seamlessly and tightly woven with zero plot holes.

Truly a masterpiece, especially when so many thriller fail to thrill these days and so many are dreary domestic dirges preoccupied with dull characters and duller lives this was a breath of fresh air and I was delighted not to be dragged into the endless monotony of housekeeping, mithering about children or teens and everyday household routines told in detail which are even more boring than my own,

Oddly I did not really care for any of the characters apart from Chris and perhaps Star and I do not find Harbinder Kaur at all likeable but this did not take away my huge appreciation of any of the Harbinder Kaur Mysteries. Funny that, but I suppose it is a tribute to the superb writing and excellent plot weaving that while the characters are interesting and very well defined, they do not have to appeal to be fascinating.

Narration was good and varied with a larger cast than most audiobooks and it really helped to follow the flow of the story as told by the different characters. One small niggle is that while Nina Wadia was great as the voice of Harbinder Kaur, she was all at sea with the Cockney, Irish and Danish Accents which is why I deducted one star from my ratings, especially as the Irish accent darted all over the country from North to South, sometimes in the same sentence.

However this did not detract from the story that much and this was still one of the best audiobooks I have listened to recently. In fact it was so good that about half way through I by mistake left my ipad running so when I put my earbuds in again I found out whodunnit which would normally make me give up or at least diminish my enjoyment - but not so with "Bleeding Heart Yard".
The layers upon layers and tricky bluffs and double bluffs meant that there was just so more to devour that even knowing the identity of the murderer/murderers was only a small part of the excellent story reveal and just so much more to discover in the backstory and characters that it really did not spoil it for me, though of course better off not to find out until the end!

CANNOT wait for the next one and so sad to have come to the end of this tricky twisty terrific thriller.

I absolutely loved this book. Always like the books from this author but this was made particularly enjoyable to listen to because of the narrator. I listened to this book in a few days which is always a good sign. The main character has moved on from the last book and I was so pleased to have old characters reintroduced in the epilogue. Will look forward to the next book but I presume it will be a year or so!
As always when I finish a good book I struggle to find another equally as good.

Well written, but was a bit disappointed overall.
I am a huge fan of all of the other series, and these are probably my least favourite. having said I did enjoy the previous books in the series. I found this one a bit plodding, and could not engage with any of the characters, I found I didn't actually care. I was expecting more, so I kept listening in the hope of changing my mind.

A great plot with well drawn characters. I was hooked by the story although the wobbly accents in the narration were distracting at times. It's the first of the Harbinder Kaur books that I've read, so am looking forward to catching up on the others.

Plot inconsistencies at the end and the narrators were poor
In terms of accents at times. London man given a strange qasi irish
Accent and a geordie spoke like a sort of Mancunian. I had hoped for better given previous excellent books in this series.

Well, this was issued yesterday and I am sad it’s over! Harbinger in new surroundings with a large cast of characters enthralls. The different voices lend authenticity to the three storytellers and Elly has done it again! Thank you audible.

Great to have female protagonist in crime novel who is funny , vulnerable and relatable. Good plot and nicely developed characters.

I enjoyed it for the most part.
The accents are really odd though.
And, despite Audible repeatedly talking about Caitlyn, she's called Cassie!
It didn't have the warmth of Postscript..I can't put my finger on why it didn't land quite as well for me. Maybe the wandering accents!

Elly Griffith never fails to keep me utterly absorbed. I have read or listened to all her books to date and was concerned that this novel, with its new lead character, would not be so enjoyable. Suffice to say it’s another winner which left me completely surprised when the murderer was eventually revealed.

An enthralling story lost in narration.

As usual this is an enthralling tale brilliantly written by Elly Griffiths with strong character development, suspense, humour and unexpected twists in the plot. However, I feel the production of this Audible version ruined my enjoyment of the book. For a start, the omission of the chapter headings which in the printed version inform the reader which character is being spotlighted, made the narrative extremely confusing and difficult to follow. This was exacerbated by the similarity of the narrators’ voices. I feel it would have been better produced with one narrator who could give some consistency with the different characters’ voices throughout. I was particularly disappointed with the portrayal of Harbinder by the narrator as she seemed to come across in much of the book as a confident, late middle aged, middle class person rather than the more vulnerable character I had encountered in the Kindle and paperback editions. I wish now that I had waited for Bleeding Heart Yard to be released in paperback rather than using my credit to buy the Audible version.

Great characters, intriquing twists & turns, fascinating settings . Thoroughly enjoyed every minute. Cant wait for the next one. Elly Griffiths has done it again.

Disappointing for an Elly Griffiths

The plot is banal but worst aspect is narrators’ voices. All way too girly. Don’t think I can finish this.