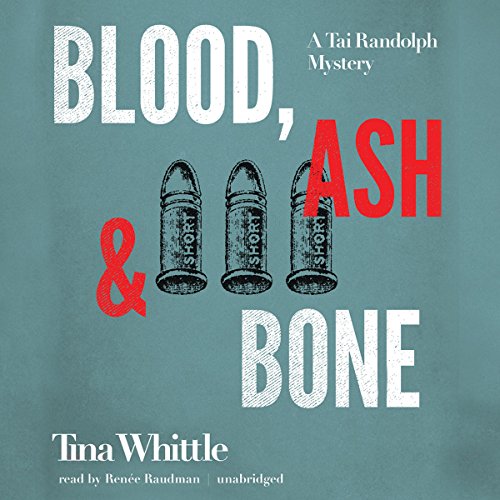 Tai Randolph doesn’t want to hear about homicide. She’s had enough of the dark and the dangerous, and decides some time out of Atlanta is exactly what she needs to put the recent spate of corpses behind her. It’s an idyllic vision: selling her wares at the Savannah Civil War Expo, attending a few Confederate reenactments, and perhaps a little romantic rendezvousing with Trey, who has agreed to put aside the corporate security agent routine and join her for a long weekend in her hometown.

But in the South, the past is never truly past; it tends to rise again. In Tai’s case, it shows up as her tattooed heartbreaker of an ex-boyfriend desperate for her help. He spins a tale of betrayal, deceit, and a stolen Civil War artifact that Tai agrees to help him recover. As it turns out, Trey’s on the case too, representing a wealthy competing client after the same prize. As the lovers square off against each other, Tai discovers that her complicated boyfriend makes an even more intriguing adversary when he reveals the ferociously the South, the past is never past.

But where there’s money, there’s usually murder—this time involving the KKK and Tai’s unapologetically unreconstructed kinfolk. As she unravels the clues to a 150-year-old mystery, she digs up secrets from her own past and Trey’s, forcing a confrontation with a ruthless killer—and with her own willingness to do whatever it takes to save everything that matters.

"Tai Randolph, the cutest amateur sleuth to come along since Stephanie Plum stuck her nose in everyone’s business, rouses the ire of the KKK…. The plot is as deftly convoluted as ever, but this time, most everything takes a back seat to Tai’s rapture over Trey. And who could blame her? He’s one hell of a catch." ( Kirkus Reviews)

What listeners say about Blood, Ash, and Bone

Thanks, but no thanks.

I don't think this book could ever be a 4 or 5. The narration was horrendous, the story was very weak and the entire experience was just exhausting.

Would you ever listen to anything by Tina Whittle again?

Who would you have cast as narrator instead of Renée Raudman?

If she had left the "accent" at home, she would have been fine. I live near Savannah, very few folks down here sound like that. It was exhausting to listen to her "southern" accent.

What character would you cut from Blood, Ash, and Bone?

All of them. They would have been better off going to a Braves game!

This series gets better with every book

After reading the first book in this series, I wasn't sure I would read the next. I felt the main female character, Tai Randolph, was not very well developed, although I did find the male lead intriguing. I went on with the next book because I felt that the plot itself was very well crafted and I love the narrator, Renee Raudman. The second book was better, but I think this third book is the best yet, and I hope the trend continues. The plots continue to be well thought-out and there are enough twists to keep you interested. But in fact the main thing that keeps me glued to these books now is the developing relationship between Tai and Trey. Tina Whittle has managed to make both characters grow and develop in a way that seems real and natural throughout the three books, and their relationship is growing in the same way. The supporting characters are also developing and various aspects of their natures and motivations are revealed with each new installment of the series.

As usual Renee Raudman does a masterful job of portraying each character as a distinct personality, adding great enjoyment to listening to this book as well as anything she narrates.

Tai, just as sassy as ever, gets herself in to another mystery involving an ex-boyfriend, white supremacists and Civil War re-enactments. Along the way, she ends up having to deal with several skeletons in her closet: her mixed feelings about a white supremacist uncle (she has a black best friend) and her past history as a Southern debutante. Tai and Trey were funny and sweet as usual, but this book had a more serious edge than the previous two due to Tai's issues with her family. But, that only made the ending more meaningful. The final chapter had some beautiful passages that had me teary by the end.