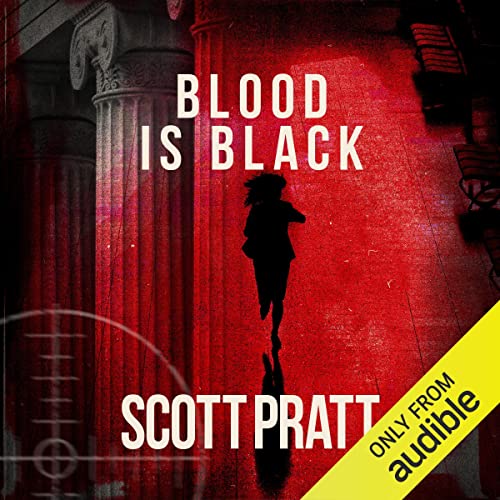 Lonnie Black, a man with a dark and dangerous past, has just been elected as the new governor of the state of Tennessee.

Shortly after he takes office, some of the most state’s most heinous and vile criminals see their sentences commuted to time served, releasing dangerous men onto a vulnerable public.

Presley Carter is a bright, hungry young defense attorney plying her trade in the areas in and around Nashville. Though she’s haunted by a horrifying event from her past, she’s achieved local renown as a savvy, resourceful lawyer adept at handling–and winning–tough cases. After being approached to file a clemency petition by a father whose son committed a gruesome double-murder, Presley reluctantly agrees to file the document, knowing full well the request has no chance of being granted. When she receives a phone call informing her the convict’s release has been approved, however, she’s shocked to learn she’s been unwittingly drawn into an evil scheme that could reach as high as the halls of the state capitol. Presley must then make a difficult choice. Should she stand idly by and allow a shadowy syndicate of corruption to fester in her backyard? Or should she follow in her father’s footsteps and take a stand, placing her in the crosshairs of one of the most vicious, powerful men the state has ever seen?

Will Presley be able uphold the righteousness of her beloved justice system? Or will the weight of a diseased and brutal criminal organization crush her along with those she loves?

Blood Is Black is an addictive thriller filled with heart that will keep you on the edge of your seat, and Presley Carter is destined to become one of the most beloved heroines in the genre.

Scott Pratt’s work has been published in a dozen languages, and his books have sold more than six million copies worldwide.

What listeners say about Blood Is Black

Great book. I’ve read/listened to a lot of books. I have to say, I truly enjoyed this one. Living in Tennessee may be the tipping point for me, but I was immersed in it immediately. Good book.

Incredible work from an incredible author. This is a must listen for all. Loved it!

The title caught my attention first and then I was captivated with the progression of the story!

Wow, what an exciting story with great, original characters and I actually listened to it in one day!
I CAN’T WAIT FOR THE NEXT BOOK!

A SOUTHERN HEROINE FOR THE AGES!!

“Blood Is Black” is the real deal! Scott Pratt has written a fantastic story with an extraordinary heroine in Presley Carter. The story kept me captivated from the first page to the last. I even drove around in traffic an hour longer just to finish!! Highly recommend this book and I hope there will be many more Presley Carter stories to come!

Liked it ok but not the same Scott Pratt

After getting over the initial “shock” that an author’s new hero is … you guessed it … a strong female, I patiently continued listening and enjoyed the characters and the plot. Overall, I wouldn’t deem it another author bending to the will of woke jr. editors. Realizing Scott actually passed before writing this and this is largely his family’s vision of what Scott had announced as a potential character before he unfortunately passed, I thought it was good. The usual courtroom drama and legal aspects of the book were clearly less visible without Scott but it was still an interesting read. I plan to read the next installment unless it does go full woke.

I thoroughly enjoyed the book from start to finish. The book is the perfect combination of underdog overcoming incredible odds, the good guys win, a feel good factor and leaves one hanging anticipating the next book in series. Presley Carter brings a lot of Joe Dillard qualities to the story. I love the Joe Dillard series and all of Scott Pratt’s works. There is lots of great authors but none greater than Scott Pratt. Thanks for another wonderful book.

BLOOD IS BLACK IS FANTASTIC!!

Yet again, Pratt delivers edge of seat excitement and suspense. Hurry with the next one, please!!!!!

Pratt always delivers, and Blood is Black is no exception. Don’t miss out on such a great listen this winter!