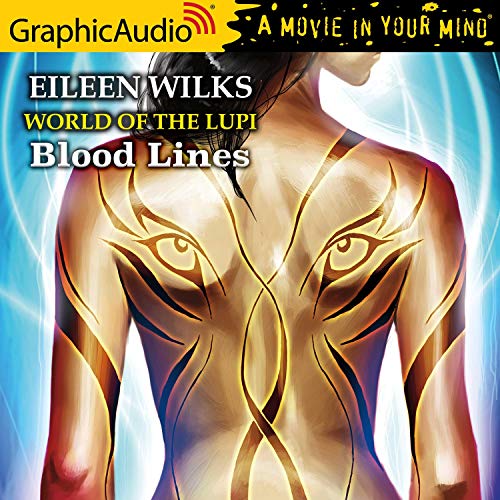 Touch-sensitive FBI Agent Lily Yu is recruited by the Secret Service to help identify elected officials who have accepted demonic pacts - bringing Lily and her werewolf bond-mate, Rule, to DC just before the holidays. But Lily must turn to fellow Agent Cynna Weaver for help when Cynna's former teacher, a demon master, emerges as the main suspect behind the pacts. After a demon commits a gruesome murder, sorcerer Cullen Seabourne joins the team racing the clock to find the apprentice of evil who uses demons to kill. Cynna and Cullen must work together - a challenge indeed while they both attempt to resist the desire simmering between them. But passion and events both spiral out of control as an ancient prophecy is fulfilled - and the lupi's greatest enemy sets her sights on total devastation.

Noisy to point of ruining the story in places

I read the entire Lupi series when it first came out in paperback. it has been one of my favorite series, so when I ran across this production of it I was really excited until I heard it. the sound production values are awful to put it bluntly. the music is LOUD and mixed up to the point of being intrusive. On top of that you have noises. I mean who slurps their coffee loudly or grunts or gasps every time they move. the fights are the worst. A nightmare of grunts and screaming and even louder music all with the narrator speaking at normal volume. Enough though. I obviously don't like what they are doing here, or rather I like the idea, but the production is a joke and a bad one. Just some basic sound engineering would improve the quality immensely.
Something for the producers to think about would be to realize that this is an audience of readers, not movie or TV watchers.