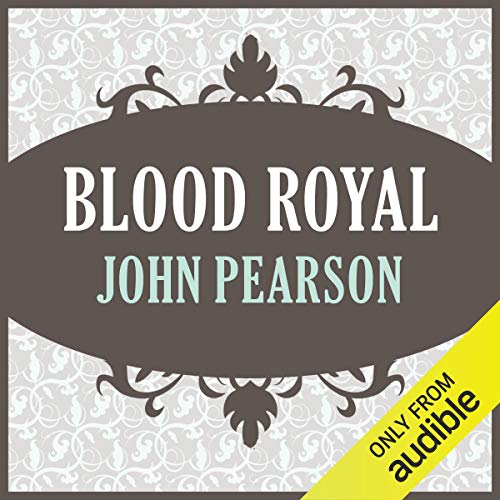 Lady Diana Spencer married the Prince of Wales in 1981, very little attention was given to her feudal family. The once powerful Spencer dynasty was in disarray and seemed to have outlived its usefulness. In the years following Diana's death, however, the spotlight has turned and remained on the Spencers. Members of what appeared to be a dysfunctional aristocratic family have more than come into their own.

Blood Royal: The Story of the Spencers and the Royals addresses the questions surrounding the Spencer family story: their chequered history, their intriguing character, and, through the influence of Prince William, their future role within the monarchy. For while Diana left an indelible mark on the British nation and on those who loved and admired her around the world, she also left an indelible mark on the royal family of Windsor: her Spencer genes.

“Pearson makes light work of some heavy-duty history. He manages to make Diana’s riveting ancestors more so by showing how each bequeathed her the qualities she needed in the hostile, unappreciative world of the Windsors.” (Anthony Holden, Sunday Express)

Diana always considered her family to be grander than the House of Windsor and the rightful heirs to the English throne. John Pearson brings the saga of this ambitious English clan down to earth to reveal their true origins, and give the definitive account of the Princess of Wales's troubled family legacy. The Spencers were indeed suited for a grand union with the world's most prestigious monarchy, but they were far inferior to it in more ways than one. Diana Spencer was a difficult and unhappy young lady before her courtship by the future King of England. Pearson's expert expose of the dynastic peril imposed by the mismatch of the last millennium is a must read for all royal fans and for those with a high regard for the facts versus the myths spun by the biased media.