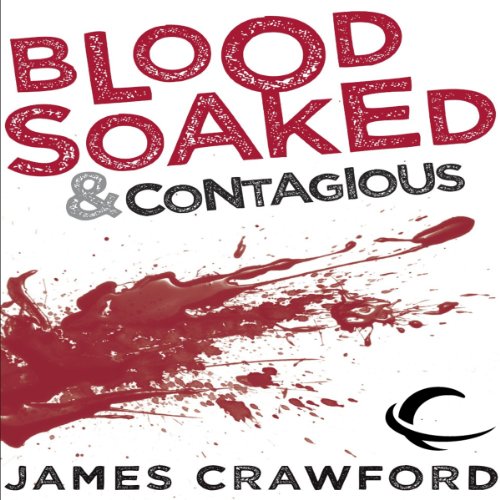 I am not going to complain to you about my life. We’ve got zombies. They are not the brainless, rotting creatures we’d been led to expect. Unfortunately for us, they’re just as smart as they were before they died, very fast, much stronger than you or me, and possess no internal editor at all.

Claws. Did I mention claws? I kill them for a living, but it’s as much a vocation as a freelance career choice. It helps me, helps my neighborhood, and the people I consider to be my family of choice. What’s more? I’m really good at it.

My life had a nice rhythm, and I'd almost gotten used to it, but the military bungled an attempt to wipe out an organized bunch of undead near a major commuting route into DC. The formerly-human survivors relocated. Now they’re less than an hour’s stroll away from where I live.

The new Zombie Overlord is smarter, crazier, and much more well-equipped than anyone we'd dealt with in the past. We have something he wants, badly. I know he's going to come and get it and try and wipe us out in the process... men, women, and even the children. I'd seen it done before elsewhere for lesser reasons.

This is my home. These are my people, my family. This is personal.

The zombies in James Crawford’s refreshingly original take on the genre, Blood-Soaked and Contagious, aren’t your stereotypical brain-dead automatons with an inexhaustible lust for human brains; they’re intelligent, calculating, and impressively organized. Trigger-happy protagonist Frank, along with a ragtag bunch of survivors, want nothing more than to wipe them off the face of the Earth in this playful and action-packed post-apocalyptic romp performed by David Stifel, who never takes himself too seriously and expertly captures the pulpy quality of Crawford’s prose.

The funniest and most gruesome zombie story ever

At first I thought Frank was too cynical, too flip, and too likely to belittle everyone who tried to be his friend. Keep listening. Our author knows how make complex characters. He also remembers every zinger since 10th grade! Such a smart ass. Mr.Crawford describes the most grim guts on the wall scene, then observes something wildly funny. ROFL funny. Shoot food out your nose funny.
The twist on zombies in this story is really clever. They are quirky in every way, including retaining most of their premortem skills. I think, though, they meet your basic zombie definition. I'd be interested in others' opinions.
David Stifel is an admirable narrator. Except for making an Indian man and an Indian woman sound alike, he handles all the accents well.
I look forward to more works by this team, especially the next one in this series.

If you could sum up Blood Soaked and Contagious in three words, what would they be?

What was one of the most memorable moments of Blood Soaked and Contagious?

The description of the "Lolita zombie sister" and her remembrances.

Have you listened to any of David Stifel’s other performances before? How does this one compare?

I've enjoyed his readings of Edgar Rice Burroughs' works. His character work in this book is outstanding and well-defined.

So many wonderfully descriptive passages, it's hard to choose.

I thoroughly enjoyed the wry sense of humor in the writing and Mr. Stifel's colorful reading.

Zombie Fallout fans or Mark Tufo fans in general there is now another player on the zombie apocalypse front and his name is James Crawford. Crawford has created his own unique variety of walking dead, faster, stronger, meaner than the humans they once were, with one important note, they are no smarter that they once were. Along with that there is the protagonist Frank a zombie killer for hire that is an amazing mix of Micheal Talbot and Rambo. With his ultra macho demeanor and non-stop sarcastic thoughts and comments that on more than one occasion made me spontaneously laugh out loud, really I didn't even know it was happening until it was. I got more than a few "looks" from my wife and coworkers. Often times I find that zombie audiobooks try to take themselves so seriously that they miss the connection with the listener. That was not so with Blood Soaked and Contagious: Blood Soaked, Book 1, Crawford doesn't seem to take the whole zombie apocalypse very seriously and that is what made it so much fun. Non stop drama, inappropriate situations and comments, and as the title suggests, blood soaked and disturbing action scenes that kept me engaged and wanting more. I have already gone and purchased book 2 to the series and wish I didn't have other books in the queue right now.

Would you consider the audio edition of Blood Soaked and Contagious to be better than the print version?

I don't know, I buy the audio version so i can listen too it while im at work.

What was one of the most memorable moments of Blood Soaked and Contagious?

It was two fold:

1: Every time Charlie was confronting her brother or anyone for that mather. I truly liked her. I was laughing so hard at those points.

2: When the old grandma was watching Frank having sex.

I almost peed my pants at that part.

His dry voice whenever Frank said or tought something sarcastic. It was awesome.

I was engrossed by the story from beginning too end. No emotional highs eccept for the funny or exciting parts (which is most of the book)

If you're looking a traditional zombie apocolypse book, this isn't it. Its more akin too vampires or ghouls (in my opinion) Tough i never realy liked those and thats why i gave this one a chance and I must say I was pleasently surprised too find it too be one of the best books i've heard so far this year. While it was abit gritty at parts when he whent berserk I still loved it. (You'll know what im talking about when you get too that part, oooh yes indeed)

Anyway I digress, this book is definatly worth buying. I give it 5/5 stars.

I honestly dont know where to begin. Everything about this book is just wrong.
Narrator is bad.....he tries to do many different accents and horrible sound effects. Character is a wanna be Mike Talbot (from the from the zombie Fallout series). the characters in the book are so poorly written and the dialogue between characters is childish and ridiculous? the story becomes confusing and hard to follow. Save your credit. The book is basically about a man wHo is out to save his friend who is working for a super intelligent some zombie. to be fair I only listen to half the book before I realized this book was not for me.

Nothing about this says zombie .maybe I'm just old

Would you try another book from James Crawford and/or David Stifel?

No..at least not one about "Zombies"

What could James Crawford have done to make this a more enjoyable book for you?

Stick with the premise of zombies...These were more like vampires...

Would you be willing to try another one of David Stifel’s performances?

No...He sounds monotone and his female voice is ridiculous

The action was well thought out and narrated

I felt this book had may too much in depth sex scenes. To the point that he rushed through the action or skimped on background info. Also the book misses key concepts of zombies...One they are mindless not intelligent talking superpowered humans. They eat all humans n9t just infected. If a zombie loses a are when they died as a human it doesn't grow back. This wasn't an apocalyptic book as there was infrastructure and people went to work...really.
The zombie genre is easy to make and there are several bad zombie movies and books...Most i can grind through, but not this one

To the guy who told Tufo readers this was like a Tufo book..... NOOOOOOOOOOOOOT!!

This book just goes on and on with the one liner's the author attempted to rip off from one of Tufo's Character Mike Talbot...........AND FAILED..... The whole book is just the main characters one liners.... no story..

Way to far out of the realm of what is a Zombie, he should have called them something else. The author thinks he is funny, but is only mildly funny. This book could be so much better with some good editing.

I love zombie books and this is not a zombie book - I have NEVER not finished listening to a book and this one is going to be the first that I give up on. The author tried way to hard to copy Mark Tufo's style with the Talbot one liners and FAILED! Waste of a credit and almost an hour of my life.

What Fun And Gore

AT first I thought the narrator s voice was going to be a problem for me. I very quickly realised how wrong I was. He was perfect for this hilarious romp. I laughed out loud so much that a couple of my neighbours asked what I was listening to. Science aside it was just so much fun that I am heading straight to buy book two. Not even waiting for next month's credit. Buy and enjoy some fun.