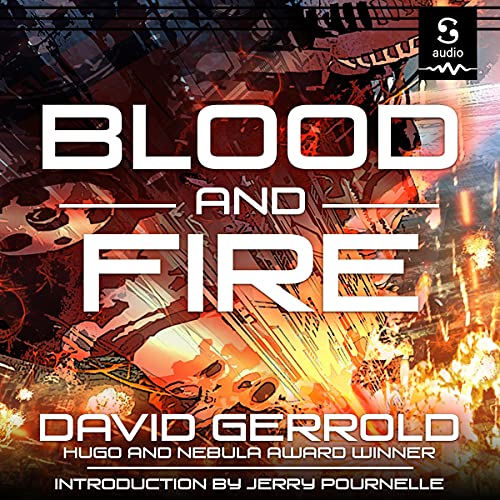 The Morthans were physically and mentally superior. Descended from humans, they were now, literally, “more-than” human…and considered the human race to be little better than animals. They would stop at nothing to conquer the remaining human-controlled worlds.

Formerly a never-filmed script for Star Trek: The Next Generation, this conclusion to the Star Wolf trilogy finds Executive Officer Korie and the crew of the Star Wolf answering a distress call from a mysteriously lifeless ship. On board the Norway, they discover half-wave, half-particle clusters of golden light - and a dead man. The lights are the energy form of bloodworms, a fatal infestation that feeds off the energy of living bodies, which scientists on the Norway have developed for use in the Alliance’s war against the Morthans. Officer Korie’s struggle between his conscience and his desire for vengeance will determine not only the safety of the Star Wolf, but the fate of the enemies he’s sworn to destroy.

What listeners say about Blood and Fire