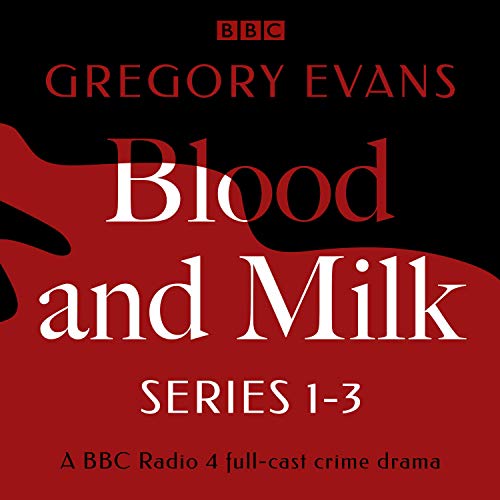 All three series of the thrilling crime drama set in 1890s Whitechapel.

When Welsh farm girl, Megan Evans, comes to London to visit her brother who is running the family's dairy business, she finds him strangely unwelcoming. She begins to suspect that he is hiding something, and after she makes some unpleasant discoveries, he is forced to reveal a devastating secret. To save herself and the family business, Meg must risk everything and confront the dangerous gangster Moses Lipski.

But there are more problems ahead for Meg. Her life is further complicated by the unexpected arrival of her troubled sister, Beth, and an unwelcome visitor who claims to be her half brother. Meanwhile, dark forces are gathering, and Meg’s plans for expansion are threatened by powerful enemies who will stop at nothing to ruin her.

With her business under threat and her burgeoning relationship with Samuel feeling the strain, the stakes are raised still further when a body is discovered in the Thames mud that threatens to destroy everything she has worked for.

Written by Gregory Evans, this gripping series about gangsters, gambling and an innocent abroad stars Bettrys Jones as Meg, with costars including Trystan Gravelle, David Horovitch and Brian Protheroe.

What listeners say about Blood and Milk

The summary begins by saying this is All Three Series but disappointingly it ends abruptly at the end of series 2.
It is a very good production - the cast are excellent and the story is gripping but it is unfinished. I would not have bought it if I had realised it finished midway through the story,

Very well produced and worth a listen

I wasn't sure what to expect from this series but I was very surprised. The production is very impressive and it captures victorian London very well.

A review pointed out that the third series is missing — this is certainly not the case because I listened to the entirety when it came out in April 2020.