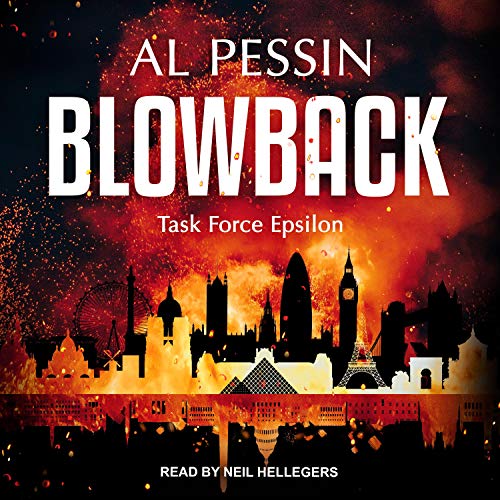 Explosions rock London, Paris, and Washington. Casualties number in the thousands. The president orders his covert agencies to retaliate with full force. It's time to launch Operation Blowback.

The Defense Intelligence Agency's Bridget Davenport was in the strike zone when the terrorists attacked. Claiming responsibility is Al-Souri, a jihadist who has consolidated multiple extremist cells in Syria. He plans to establish his own rule and wage all-out war against the West.

For Blowback to succeed, Bridget needs a covert operative to infiltrate Al-Souri's forces. US Army Lieutenant Faraz Abdallah is still recovering from his last mission. But both he and Bridget know he's the only man for the job. Faraz must re-enter the terrorists' deadly world-before America's enemies launch their next offensive.

What listeners say about Blowback