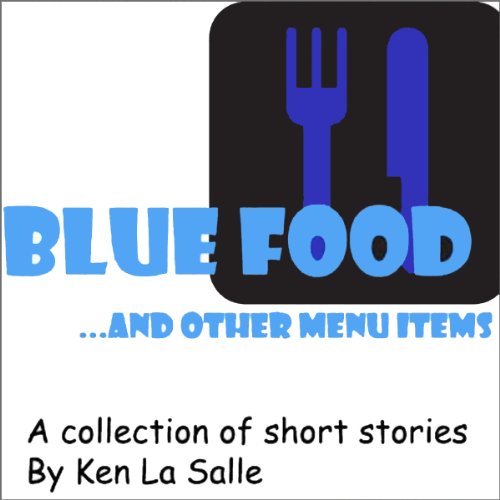 Blue Food ... and Other Menu Items

The works of Ken La Salle range from the bizarre to the whimsical and even further beyond still. In Blue Food and other menu items, Ken La Salle treats you to a dozen tales, hilarious and deeply strange.

- You'll be introduced to Blue Food and find out why it never seemed to catch on in America.

- You'll meet Bigfoot's Older Brother and find out just what it's like to set Bigfoot up on a date.

- You'll learn about how the dead make the best matchmakers, even if they can be a bit unconventional.

- You'll see for yourself just what the Problem With Swings is.

- You'll read about how saving earth might be just the thing for a little girl with Muscular Dystrophy.

- You'll be warned about Bobby's Brother and his unusual habit.

- You'll know just how to stop an invading horde with the proper use of pizza.

- You'll delve into the mind of a madman whose madness is often served on a cone.

- You'll read from the lost book of Houston with a story about when Jesus met the Soothsayers.

- You'll encounter a strange married couple who would rather stay together if they can avoid killing each other.

- And you'll finally find out the secret behind pheromones.

Blue Food and Other Menu Items is a little taste of craziness to lighten the soul – with bonus material specially written for the audiobook!