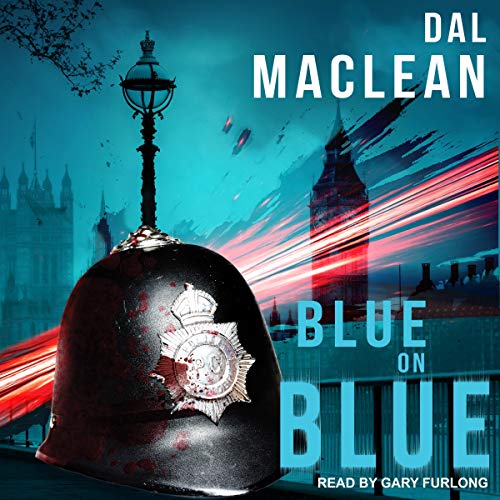 After three years working as a private investigator, newly reinstated Detective Inspector Will Foster still holds himself responsible for the death of an officer under his command. But he's returned to the Met bent on redeeming himself and that means bringing down gangland boss Joey Clarkson.

Will's prepared to put in long hours and make sacrifices for his work, even if it comes at a cost to his nascent romance with international model, Tom Gray. After all, Tom has a history of wandering but crime is a constant in London. And Will has committed himself to the Met.

But when a murder in a Soho walkup leads Will into the world of corruption, he finds himself forced to investigate his own friends and colleagues. Now the place he turned for redemption seems to be built upon lies and betrayal. And someone is more than willing to resort to murder to keep it that way.

What listeners say about Blue on Blue

Not a stand alone book - part of a series

This book - a good, well written story with a good narrator is evidently part of a series. Check out Dal Maclean's other offerings on audible first.

This series got better and better with each book. Blue on Blue was so suspenseful and intense. It was fraught with tension, had all the feels and all the angst, and I loved it.

The narrator Gary Furlong totally inhabited the characters he gave voice to. His narration communicated Will’s emotions so convincingly I couldn’t help but cry at times.

This novel, like the previous books in the series, was deftly plotted, and all the plot twists made sense, although it was easier to guess this time around who was the real “villain.” I really liked how the villains were complex characters, and the heroes were flawed characters.

This book is a direct sequel to Object of Desire, which told Will and Tom’s love story from Tom’s perspective. In this book, their story is told from Will’s perspective. It was so interesting to learn what Will hadn’t said and what he had been hiding from Tom.

Though Will didn’t show it, his feelings for Tom were incredibly intense, and I completely sympathized with what he was going through in both his relationship and his job. Will went through so much stress not knowing which of his colleagues he could trust.

So, I really loved how Will and Jamie became cop buddies. I also loved how Ben got some closure, how Will and Tom figured things out, and how their relationship developed.

Will and Tom were such a passionate couple. The sex scenes were amazing, smoking hot, and emotionally intense, with a touch of tenderness and vulnerability. In a word, glorious.

This book was so damn good & unforgettable. I look forward to Dal Maclean’s future books.

I love M/M romances, but what I love most are M/M romances with an interesting story, especially well written mysteries and police procedurals. while these books contain romance that are key to getting into the minds of the MCs, the story is the main focus. the crime, the search for clues, the politics of the criminal justice system are all brilliantly portrayed in these books. my only problem is that this series is supposedly done. I would love to dive into more books about these couples and remain involved in their "lives"! I guess I'll just have to read them over, and over, and over again!

Another winner , I fall into these books by Dal MacLean.
Extremely riveting with a great storyline added with beautiful main characters..
Narration by Gary Furlong ,a voice that I love.

My introduction to Dal MacLean was superb. I truly hope she writes a sequel to Blue On Blue.

one of the worst books I have ever read. I am not gay, but of I were it is still garbage
dages on and on going nowhere.

Read/listened to all 3 of Dal MacLeans books and this is by far the best one yet. Entwining James in the story was a great touch and the plot was absolutely gripping. Very well researched and realistic.

Gary Furlong has become my favourite audible narrator after this performance, it was flawless (with the exception of his pronunciation of Bermondsey at the end of the story, that made me laugh!). This is a truly stellar performance by him and made me listen for hours at a time.

Can’t wait for the next one!

I enjoyed this as much as the first book in series. and the narrator was excellent.

This series has become one of my favorites. Loved getting Will's perspective and especially loved that there was quite a bit of James in this one also. Gary Furlong does an excellent job narrating as usual.

This story has everything.....everything!!!
So this is the third instalment and I sincerely hope there will be a fourth.
Gary Furlong’s narration is perfect.
I wish I could give more than 5 stars.