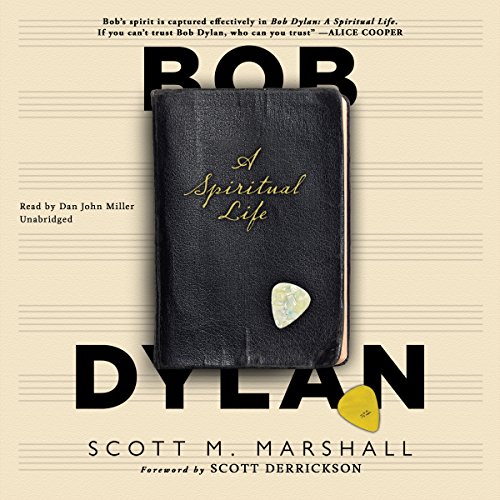 Never before has a book like this one delved into the spiritual odyssey of cultural icon Bob Dylan. Tracking an American original - from his Jewish roots to his controversial embrace of Jesus to his enduring legacy as the composer of the Tempest album - Bob Dylan: A Spiritual Life delivers the story of a man in dogged pursuit of redemption.

Based on years of research and original interviews, this book sorts through the myths and misunderstandings and reveals Dylan to be both traditional and radical in the way he expresses his spiritual quest for purpose and meaning. "Call Dylan whatever you want, but the name won't stick", said foreword writer and film director Scott Derrickson. What does stick is his music, in part because his songs contain a deep, abiding spirituality that moves listeners more than the songs of any other artist.

Bob Dylan: A Spiritual Life bridges the gap between purpose and meaning in grand fashion. It offers listeners an informative, entertaining, and nuanced look into Bob Dylan's spiritual odyssey.

Marshall does an amazing job of tracing through decades of interviews, articles, and lyrics from Dylan that together allow him to piece together a thorough look at Dylan's faith journey. His research allows him to conclude that there is too much evidence of Dylan's continuing faith in Jesus to simply relegate his Christian identity as a phase that he left behind in the early 1980's. A very encouraging look at Dylan's faith development and of his attempts to hold onto Jesus without abandoning his Jewish identity and roots. Despite the arms-length response by much of the evangelical church in the 1980's Dylan was discipled by people in the early Vineyard movement. Marshall reveals how Dylan chooses to let his lyrics and song choices continue to reveal Dylan's on-going commitment to following Jesus.

Great all around. Great history, great biography, well presented. I’m so happy I found this. I’m an old fan, and now even more appreciate Dylan’s work, his life, his courage.

Well read and very informative - will not answer all your questions but will keep you entertained and informed and keep you guessing as to Mr D's spiritual stance!