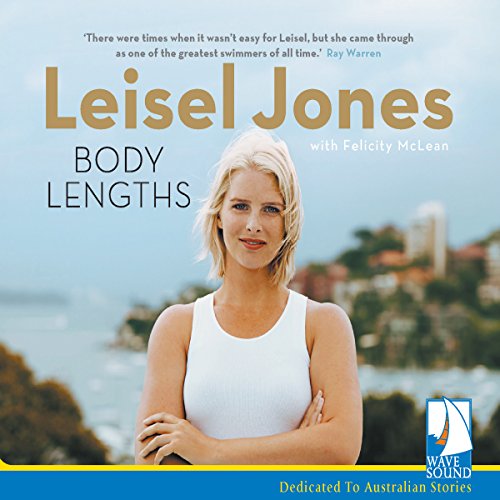 Leisel Jones is regarded as one of the greatest breaststrokers ever. At just 15 she won two silver medals at the Sydney Olympics and went on to win gold at Athens and Beijing. For the first time, Leisel candidly describes being thrust into the limelight so young and reveals the constant pressure she was under. Despite the highs of stardom, she suffered severe depression.

Body Lengths is the inspiring story of an Australian sportsperson told with humour, optimism and style.

"One of the greatest swimmers of all time." (Ray Warren)
"Lethal Leisel was an incredible role model and an inspiration for my generation. She epitomises the Olympic dream!" (Sally Fitzgibbons)

What listeners say about Body Lengths

so much more than I expected

what a great insight to an amazing Olympiam
I inhaled this book, thankyou. Legend

This is a book for everyone

We watch our elite sports people break world records and achieve personal bests, but as I may shed a tear of joy for the person representing Australia, it is a strong reminder that these are some of the most hardworking and disciplined people in the country.

This does not make them immune to ordinary life. Bullying, family and relationship issues, self doubt, feeling left out, body image issues and so on. The people behind these physical and mental successes are not that dissimilar to any of us, and the way the media portrays people from a young age throughout their career is also an important element.

I loved hearing Leisel tell her story. I had watched many of her races over her career and went back and watched them over on YouTube as I followed the book through. We never know what is going on behind the scenes for anyone, and her book and story has been one of the highlights of 2021 for me where I have consumed more audiobooks than ever before.

To know that I probably drove past Leisel in traffic in Bulleen one day on the way to early starts as a nurse, whilst she struggled with issues in her life reminded me that so many of us feel completely isolated when others share the same feelings.

This is a book for everyone, and one I will be getting for my younger cousins.