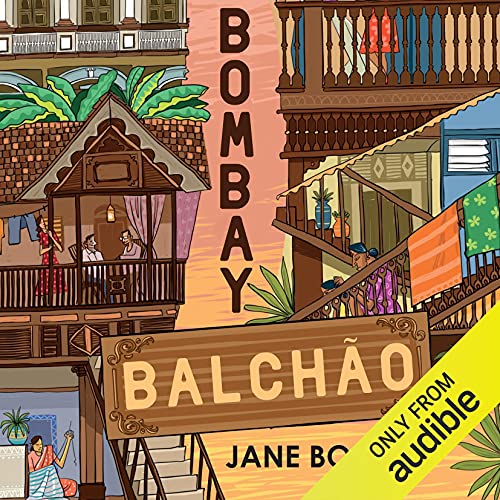 Bombay was the city everyone came to in the early decades of the 19th century: among them, the Goans and the Mangaloreans, looking for safe harbour, livelihood, and a new place to call home. Communities congregated around churches and markets, sharing lord and land with the native East Indians. The young among them were nudged on to the path of marriage, procreation and godliness, though noble intentions were often ambushed by errant love and plain and simple lust. As in the story of Annette and Benji (and Joe) or Michael and Merlyn (and Ellena).

Lovers and haters, friends and family, married men and determined singles, churchgoers and abstainers, Bombay Balchão is a tangled tale of ordinary lives of a woman who loses her husband to a dockyard explosion and turns to bootlegging, a teen romance that drowns like a paper boat, a social misfit rescued by his addiction to crosswords, a wife who tries to exorcise the spirit of her dead mother-in-law from her husband, a rebellious young woman who spurns true love for the abandonment of dance. Ordinary, except when seen through their own eyes. Then, it's legend.

Set in Cavel, a tiny Catholic neighbourhood on Bombay's D'Lima Street, this delightful debut novel is painted with many shades of history and memory, laughter and melancholy, sunshine and silver rain.

What listeners say about Bombay Balchão

What a book!! A wonderful book to see Bombay turning into Mumbai and it's people. A peaceful & yet interesting listen for not so productive days of one.

This will be definitely a book I'll be recommending to everyone. The story is really engrossing, peppered with descriptions of food and wine and how communities are tied together. Good narration as well.

The book is just the right recipe and brings the nostalgia of bygone days. very well written and narrated. thanx for the wonderful experience.