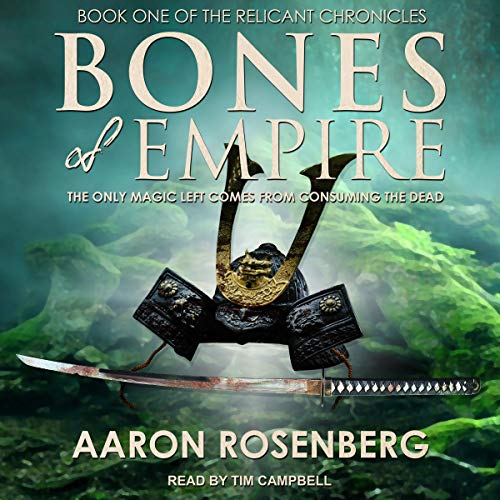 Long ago, Ritakhou was a flourishing empire filled with light, life, and magic. Then came the Schism. Now the kingdom is called Rimbaku and is a pale shadow of its former self, a land stripped of its glory and its power. The only magic left comes from aitachi, the Relicant Touch - the ability to absorb skills and memories by consuming aishone: the bones of the dead.

Rimbaku's enemies are circling, testing the nation's borders. They know the empire is weak and are determined to push it over the edge, and then strip its bones as it has done to its dead for so long.

Meanwhile, the brothers Kagiri and Noniki set out from their small village with a handful of aishone and a great deal of hope. They soon find the world a bigger, darker place than they imagined and are forced to accept a dangerous proposal, one that will put both of them at risk for not only their lives, but their very souls - and that may change the Relicant Empire forever.

What listeners say about Bones of Empire