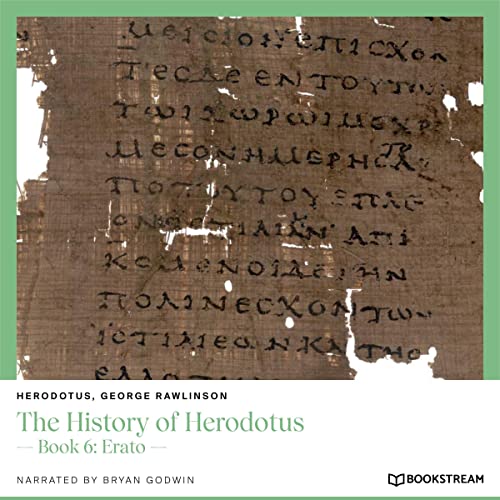 One of the masterpieces of classical literature, the "Histories" describes how a small and quarrelsome band of Greek city states united to repel the might of the Persian empire. But while this epic struggle forms the core of his work, Herodotus' natural curiosity frequently gives rise to colorful digressions - a description of the natural wonders of Egypt; an account of European lake-dwellers; and far-fetched accounts of dog-headed men and gold-digging ants. With its kaleidoscopic blend of fact and legend, the "Histories" offers a compelling Greek view of the world of the fifth century BC.

BOOK 6: ERATO: Aristagoras, the author of the Ionian revolt, perished in the way which I have described. Meanwhile Histiaeus, tyrant of Miletus, who had been allowed by Darius to leave Susa, came down to Sardis.

What listeners say about Book 6 - Erato