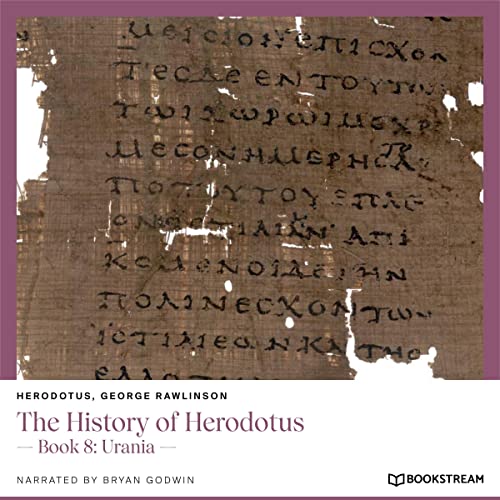 One of the masterpieces of classical literature, the "Histories" describes how a small and quarrelsome band of Greek city states united to repel the might of the Persian empire. But while this epic struggle forms the core of his work, Herodotus' natural curiosity frequently gives rise to colorful digressions - a description of the natural wonders of Egypt; an account of European lake-dwellers; and far-fetched accounts of dog-headed men and gold-digging ants. With its kaleidoscopic blend of fact and legend, the "Histories" offers a compelling Greek view of the world of the fifth century BC.

BOOK 8: URANIA: The Greeks engaged in the sea-service were the following. The Athenian furnished a hundred and twenty-seven vessels to the fleet, which were manned in part by the Plataeans, who, though unskilled in such matters, were led by their active and daring spirit to undertake this duty.

What listeners say about Book 8 - Urania