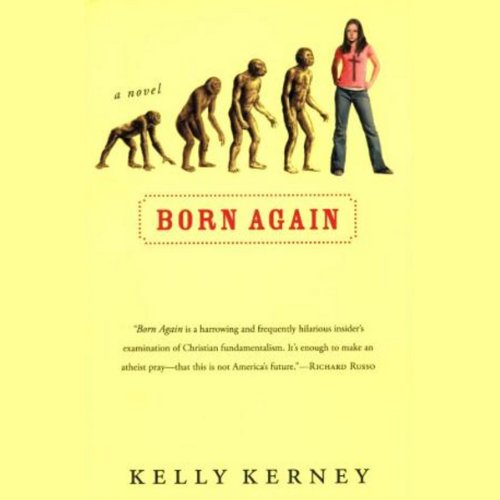 What happens when a Bible Quiz Champion takes on Darwin?

Mel, a faith-filled Pentecostal, has the chance to escape Slow Rapids, Indiana, by attending academic summer camp. The only catch? She has to read forbidden tomes like The Origin of Species. So she forges the permission slip, promising God she’ll bring him a lost soul in exchange.

Mel conscientiously uses her Biblical expertise to argue Darwin’s theories, but meanwhile begins to realize that her parents, her pastor, and her church aren’t what she thought. She zealously battles demons every day - lascivious heathens at school, the Frederick’s of Hollywood catalog, her backsliding brother and sister. But now, suddenly, she must also conquer the doubts of her own heart.

What listeners say about Born Again

When I pick a book from this category, I want to be refreshed with a wholesome book, not like something from secular categories. I was apprehensive with the visuals right from the beginning, but when the "f" word was used in conjunction with God, that killed it for me.