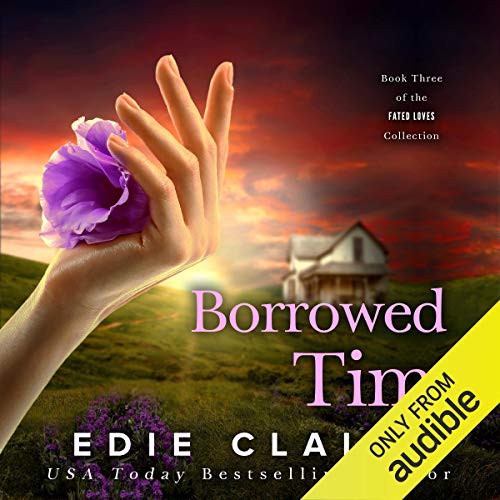 You can't run away from your past. But in some cases, it's worth a try.

Sarah Landers' parents were killed in a plane crash when she was 17; her only sister committed suicide days after. Now, nearly a decade later, Sarah assures everyone she is perfectly fine - never mind her quiet aloofness, her intensity at work, her seeming neglect of any social life. Only Sarah knows the whole story. Only she is aware of the dark memories that plague her with guilt - of the fear of discovery that paralyzes her soul. But when an enigmatic illness forces the normally self-sufficient Sarah to depend on someone - namely her charming do-gooder of a neighbor, Adam, whom she has been trying desperately to avoid - her carefully built cocoon begins to crumble.

Her family's home in Alabama, left vacant since the tragedy, still holds the grim evidence of her nightmares and is slated for imminent demolition. With the horror of her past swiftly catching up to her, Sarah's malady begins to look less like a catastrophe - and more like her only way out. But the (rather irreverent) reverend Adam Carmassi refuses to let Sarah go - not when she is the first woman who has ever truly touched his heart, and not when he is so certain he can help her. With the end of Sarah's life looming in more ways than one, Adam wages a desperate campaign to convince her that no matter what tortured secrets she insists on hiding, her life is worth living - and their chance of a future together, however slim, is a dream worth fighting for.

Would you listen to Borrowed Time again? Why?

What other book might you compare Borrowed Time to and why?

Lovely book. I can't think of any others like it.

What does Amber Benson bring to the story that you wouldn’t experience if you just read the book?

I can read and do other things at the same time.

"Full Immersion into the turbulent lives of fascinating characters."

About 5 hours too long

The narrator did well for the female voices but the male voice I found irritating.

Lord help us - I'm only 2/3 into it and if I struggle through another push-pull ("I think it's this" - "I'll keep lying rather than ever tell you") I think I'll scream! I'm only holding on to hear the whole sordid mess and what ends up happening. I'm thinking that the whole book could have been a novella.

I rarely give 5 stars

First off, I freaking loved Adam! I listen to a LOT of audio books and I loved how Adam was smart, picked up on small things, and most of all I loved that he was bold enough to call her out on things! That doesn’t happen often enough. At one point he said something and wished to take it back but instead of pretending it was nothing or that he said something else, he just plowed through the uncomfortable moment and explained his thought. Too many plots are based solely on miscommunication and it was refreshing to see that wasn’t the case as much in this book.

Next, A lot of negative comments were made about the quick summary at the end but I liked it! I would much rather a quick summary then a series that never solves anything and things just drag on and on. I felt like the purpose of the book was satisfied and the remaining loose ends could have dragged the book on needlessly.

Lastly, I loved loved loved that it was a romance that was not based in sex. It was clean but satisfying. I wouldn’t have minded a little more steam but that’s just me ;) No f bombs, clean language, and no sketchy scenes.

Additionally, I appreciated the strong characters. There was a little bit of “woe is me” attitude but it made sense and I didn’t think it was over done. And the religious aspect of the book was handled very tactfully, without any extreme beliefs of the author showing through. There was not an emphasis on God, which I wouldn’t have minded being a Christian and all, but any belief could read this book and not feel awkward or offended.