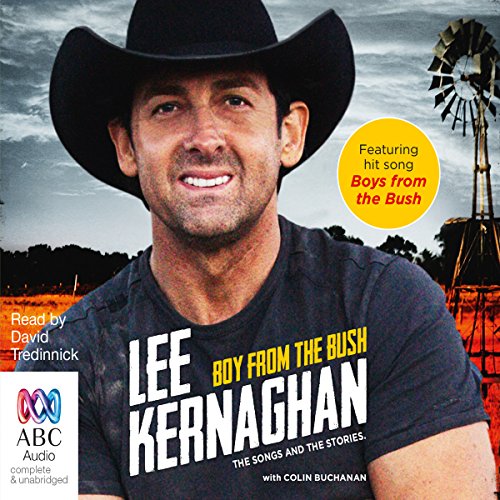 Boy from the Bush

Lee Kernaghan has created his place in the history books of Australian Music and continues to grow his audience with every new album.

Two thousand sixteen will see the release of yet another new album, and 2017 will be a special year that will feature the 25th Anniversary Tour of Australia's Boy From the Bush.

Lee Kernaghan is 'the Boy From the Bush', an iconic star and 2008 Australian of the Year whose music has shaped a generation of country music fans. For the first time, Lee steps off the stage and invites you behind the scenes, into the ute and over the rutted red dirt on a rollocking journey through his songs and the stories that inspired them.

In a plot with more twists than the Gwydir River, Lee bounces from a disastrous caravan-obliterating encounter on Nine Mile Hill to the triumph of the Starmaker stage, from his infamous teenage rock'n'roll-fuelled Albury High lunchtime music room invasion to the frenzy of the Deniliquin Ute Muster. He shares the doubts that nearly ended his career before it began, the heartache of the bush in crisis and reveals the secrets behind scores of his hit songs. It's a tapestry of yarns that will fascinate, amuse and entertain diehard fan and newcomer alike. "She's My Ute", "The Outback Club", "Hat Town", "Planet Country" - Lee's hits have earned him 33 Golden Guitars and three ARIA Awards, climbed to the top of the Aussie charts 32 times and propelled over two million albums off the shelves and into the lives of everyday Australians.

Now the songs that celebrate the life and times of our rural heart take on a whole new dimension as Lee draws us into his confidence, into the studio, onto the tour bus and up the hill to his hidden songwriting shack, along the way initiating listeners into fully-fledged membership of the Outback Club.

A unique memoir for everyone, Lee Kernaghan's Boy From the Bush is an affectionate, inspiring and unforgettable montage of characters, conquests and calamities that tumble from the real-life adventures of an Australian legend.

What listeners say about Boy from the Bush