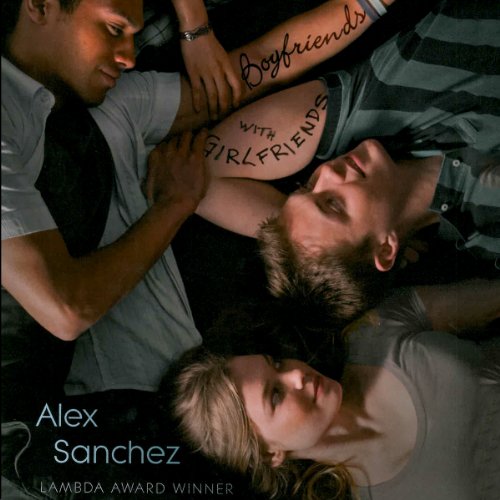 Sergio is bisexual, but his only real relationship was with a girl. Lance has always known he was gay, but he’s never had a real boyfriend. When the two of them meet, they have an instant connection - but will it be enough to overcome their differences?

Allie’s been in a relationship with a guy for the last two years - but when she meets Kimiko, she can’t get her out of her mind. Does this mean she’s gay? Or bi? Kimiko, falling hard for Allie, is willing to stick around and help Allie figure it out.

Boyfriends with Girlfriends is Alex Sanchez at his best, writing with a sensitive hand to portray four very real teens striving to find their places in the world - and with each other.

What listeners say about Boyfriends with Girlfriends

The themes of youth sexuality and self acceptance. The plot is shallow at times, though it can be heartfelt and softly charming at times.