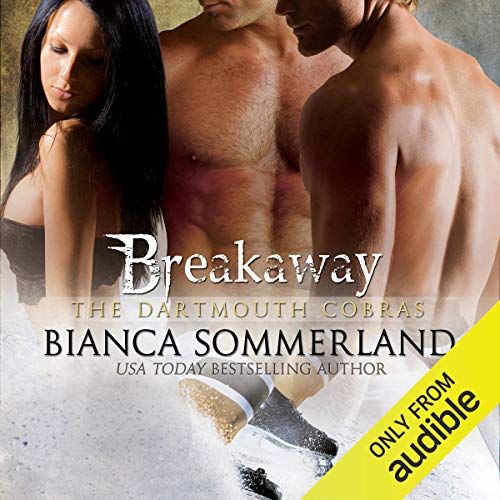 Against some attacks, the only hope is to come out and meet the play. Last year, Jami Richter had no plans, no goals, no future. But that's all changed. First step, make up for putting her father through hell by supporting the hockey team he manages and becoming an Ice Girl. But a photo shoot puts her right in the arms of Sebastian Ramos, a Dartmouth Cobra defenseman with a reputation for getting any woman - or, as the rumors imply, man - he desires. And the powerful dominant wants her...and Luke. Getting involved in Seb's lifestyle gives her a new understanding of the game and the bonds between players. But can she handle being caught between two men who want her, while struggling with their attraction to one another?

Caught between Luke and Jami, Sebastian Ramos does everything in his power to fulfill their needs. His two new submissives willingly share their bodies, but not their secrets. When his own past comes back to haunt him, the fragile foundation of their relationship is ripped apart. As he works to salvage the damage done by doubt and insecurity, he discovers that Jami is hiding something dangerous. But it may already be too late.

WoW 🔥🔥book ! I love love loved this book. I couldn't stop listening lol. Was up all night 🌙 listening. This was the third book in this series and I think all have been extremely well written !! The only problem I've had was I've been so caught up in the books 📚I've not gotten no more then a couple of hours sleep in the last 48 hours and looks like I'll be listening to the next book before I sleep .I'm so addicted !

I chose this book because I am a fan of Jim Frangione. The story was easy to follow but lost me so many times during the sexual encounters. It just wasn't my cup of tea. This is a book I will trade back for a new one.

hates it.. i couldn't finish it. i tried 3 times. not my kind of story.

This is a MMF love story. They had a rough start having to be true to themselves and letting go of lables.

Love this series and narrator

I have read these books already and now I want to listen to them. There are times that there are too many people in a scene and I have to go back and figure out who said what. I do wish the actor had a bit more inflection with the different characters but it is one man doing the voice over for a whole team. So considering that he does great. I don't write about the story, you can get that anywhere other then to say this is a good continuation of the series. 18 and over only please. -Dink.

LOVED IT, NOW I NEED TO READ REST OF THE SERIES. GREAT READ.

yes, i didn't feel they were selfish to each other

one dom, one sub & one split